I have already purchased the single & double head dwarfs from Tomar.  These are fitted with bi-coloured red/green LED's that are capable of producing a yellow aspect as well.  The colour of the yellow is somewhat hit and miss and can take some tweaking to get right. 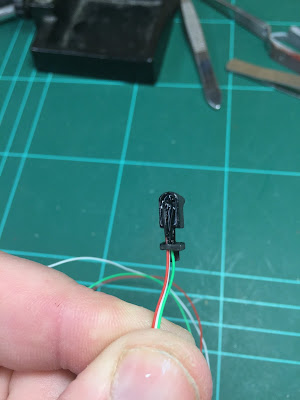 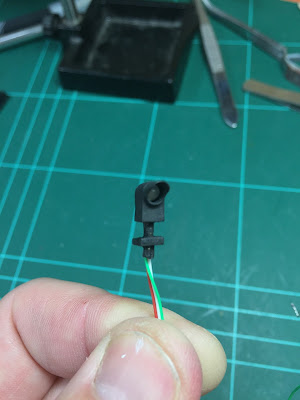 So time to think about possible solutions to get a true green, yellow & red.  I found a site on FaceBook that was for the LKVMRR (LeHigh & Keystone Valley Model Railroad Museum) http://www.lkvmrr.com.

They have been using a true tri-coloured LED on a small 3mm PCB that fir directly into the Tomar Dwarfs and Searchlight masts.  These are from RR-CirKits and are Dick's own design and built for them, I have several of these on order and on the way over and will post a thread on them when they get installed.

As an interim measure and for the remaining Tomar Searchlight masts that I also have that will be placed around the layout I found these Bivar SMD Tri-Colured LED's to trial. 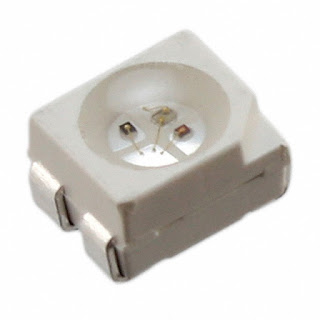 These are from Mouser Electronics and are available for about $2.50 AUD each.  These have arrived and I have already fitted one out to a single head dwarf signal.  The SMD LED's are extremely small and come packaged in a strip with removable tape. 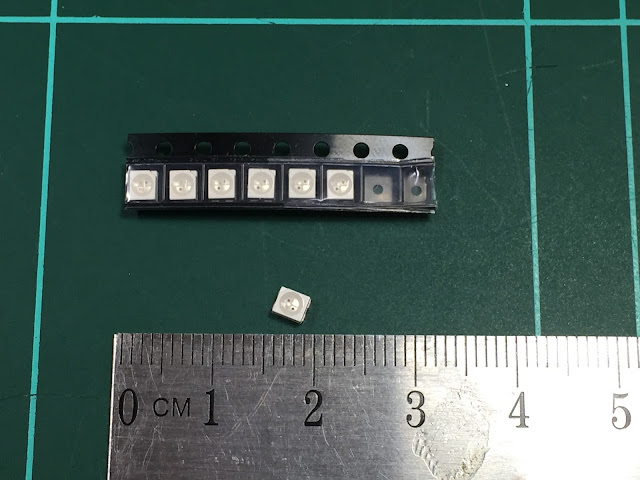 The process was relatively easy and went without a hitch, the fist stage is to remove the existing Tomar bi-coloured LED.  The case of the Tomar dwarfs is made of brass, and when removing the original LED try to ensure that you leave the black paint as it helps insulate the case against the powered LED terminals. 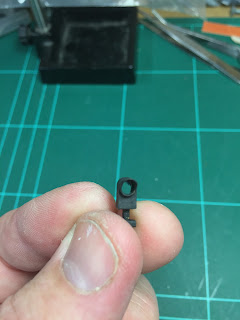 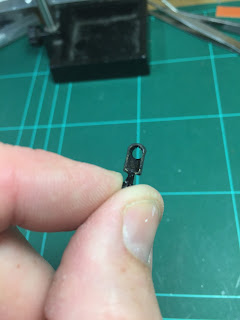 Once this completed I needed to solder on the feeders for the LED, these SMD's are common anode.  I chose decoder wire to use on the single head signal as it only requires four (4) wires, for the double head dwarfs I'll need eight (8) and more room to get them all in the housing.

Now to say I was a little scared about having to solder these wires onto these SMD LED's was an understatement, but it actually went quite well. 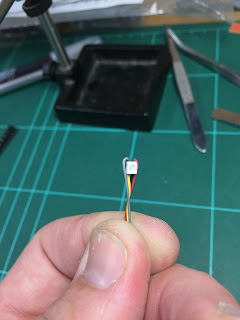 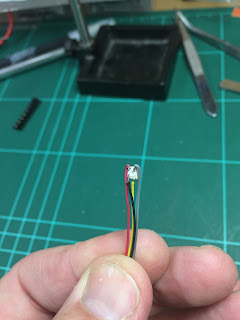 The soldering to the tiny tabs is not that bad, I tin the decoder wire, flux the pads and tin with a small amount of solder first, then touch the iron with both connected to make the final bond.  for the remainder of the SMD LED's I'll be using the magnet wire as it will help with the positioning of the LED in the dwarf case. 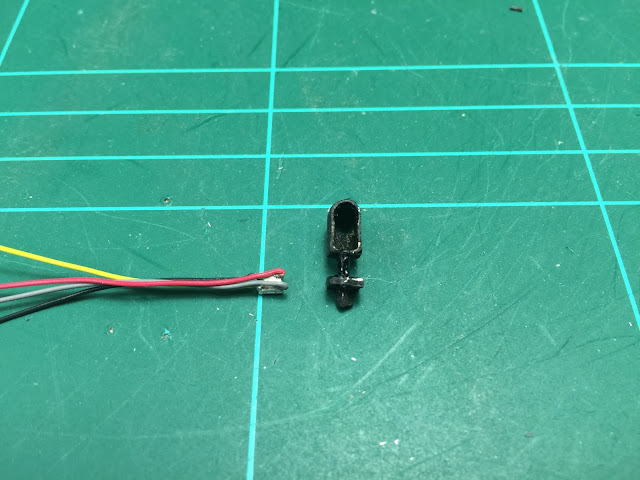 Once the wiring was completed I then tested the individual colours to ensure they were working before installing them into the case. 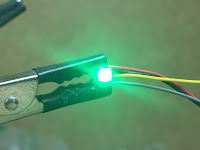 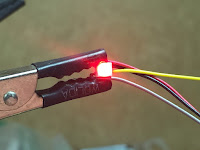 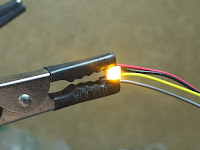 As can be seen the colours are quite clear and distinguishable, the next step was to fit the SMD LED with wires into the Tomar housing. 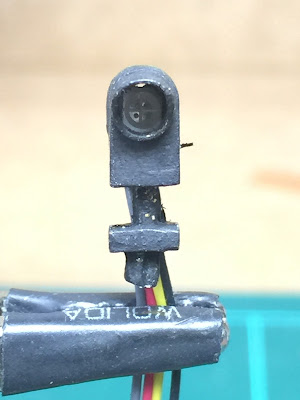 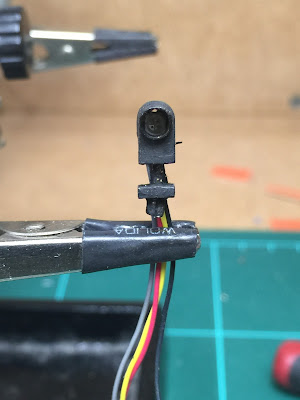 The fit of these SMD's is quite good the housing is 3.5mm x 2.8mm and the opening for the dwarf fits a 3mm Bulb type LED.  The actually lens diameter fits perfectly within the opening of the dwarf signal housing.

Finally I needed to check the operation and the output with the SMD LED and wiring within the dwarf case.  As mentioned before I needed to ensure the SMD tabs wouldn't short out to the brass case of the Tomar dwarf.

So the results are below... 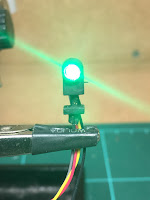 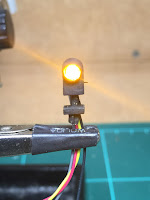 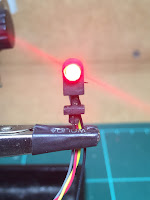 Next stage will be to install two of these with magnet wire into the Tomar - Double Head Dwarf Signal.

Well I've bit the bullet and decided to try a different type of DCC Sound Decoder.

I have been using Digitrax - Tsunami Sound Decoders with all my sound equipped locomotives & switchers.

But after doing a little research and watching a view reviews online I'm sold.  The combination of the manual & prototype notching and the ease of programming is making these decoders very hard not to install.

I've had TCS decoders before (prior to getting into sound) and I have never had any issues with them and they have always been solid performers.

The details of the new decoder that I will be trying is the: 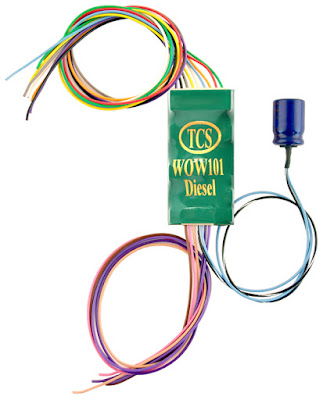 
This video shows how good the TCS WOW decoders are, and the great sound too...


I'll be coupling the decoder with the TDS Speakers & enclosures that are mentioned in the YouTube video above.  These are all purchased from Tony's Train Exchange... 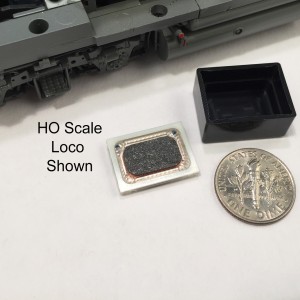 When they arrive I'll pick a suitable locomotive or switcher from the fleet and demo the installation and the result on this blog at a later date.