Today I wired up the four zones for the Staging Deck and Return Loops.

I had to redesign the backing board that has the Digitrax BDL168, Accu-Lites Breakout Board and PSX attached to it so that I could also fit the PSX-AR that feeds the four blocks in Zone A to the reversing loops.

The electrical board is labelled #9, this is associated with the ID address of the Digitrax BDL168.  The PSX (bottom) feeds power to the BDL Zones B, C, and D.  The PSX-AR feeds power to Zone A only. 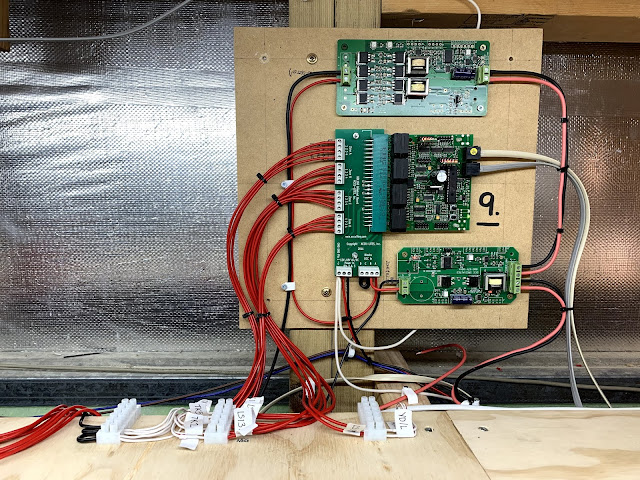 I also took the opportunity to fix up the other BDL168 & SE8C and moved them so that they were clear of the Staging Yard ladder and so that the BDL also faced the fascia instead of the helix.

If you're don't love wiring just a little bit, this endeavour can get real tedious really quickly... 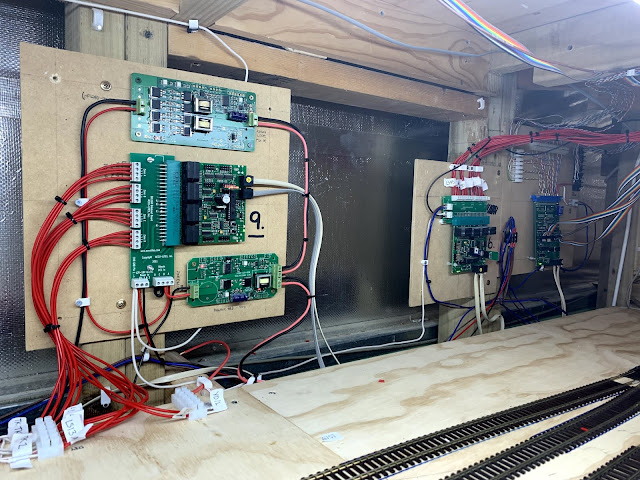 Next step is to wire in the track feeders at the other end of the Staging Deck...

Jas.
Posted by JLandT Railroad at 16:34 No comments:

First train to run the entire helix and onto the Staging Deck...

This week saw another major milestone achieved for the layout.

I have connected the upper deck via the helix and into the Staging Yard.  The addition has seen another dedicated booster (NCE PB5) added that will service the staging yard, return loops and engine facility. 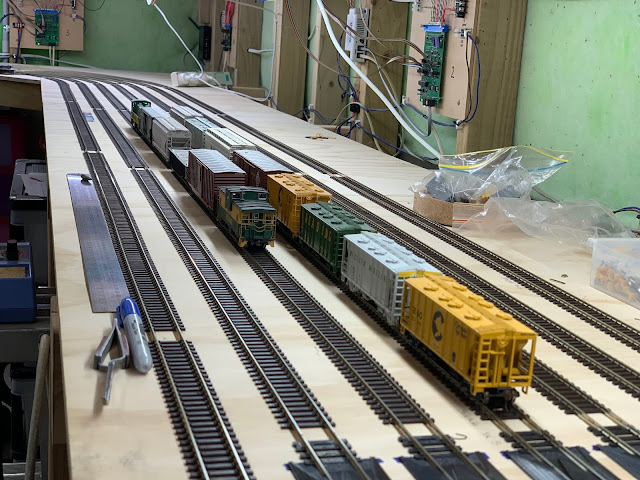 The helix power is fed by a PSX-AR, this provides the automatic reversing function and will also provided detection through a SE8C via the LocoNet for occupancy.

The video below shows a short local headed up by a Reading MP15DC entering the staging yard, via track two.


Hopefully by weeks end I'll have the remaining staging yard ladder and return loops connected and detection up and running too.

This week I have been installing the new MP5 Switch Motors to the Staging Deck - Yard Ladder.

The MP5's are a small switch motor with a planetary transmission.

They are smaller than a tortoise and also have a removable wiring plug too. 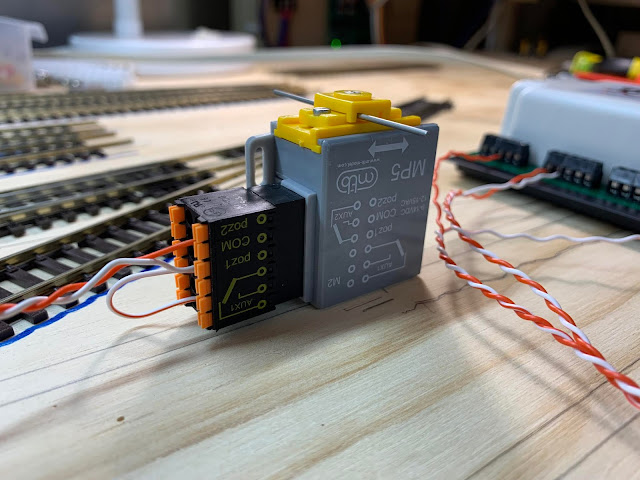 The sliding transmission is also adjustable: 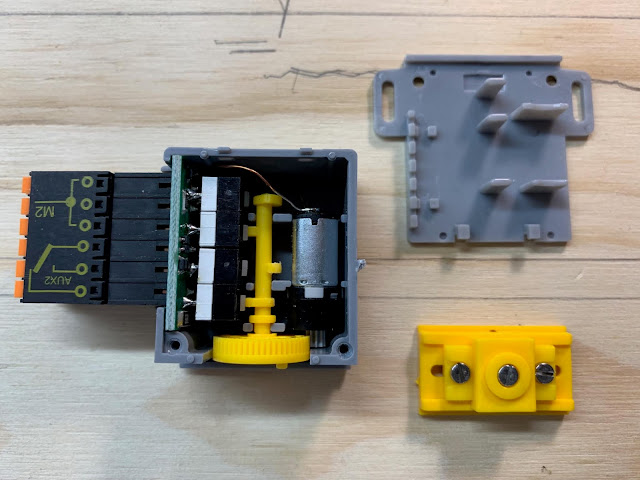 They are small enough that even with back to back turnouts in the yard ladder, they can be positioned almost side by side. 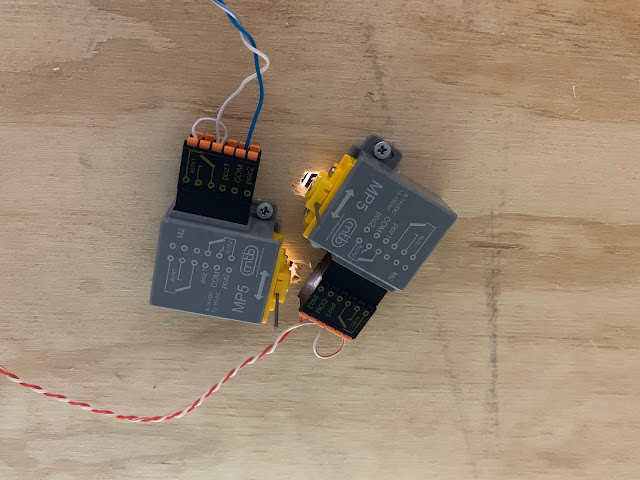 The operation is purely horizontal in motion for a turnout, and positive enough that I didn't have to remove the centre over spring from the Peco - Code 100 turnouts.

I have all of mine running off a Digitrax DS64 via fascia mounted push buttons, and through JMRI via PanelPro. 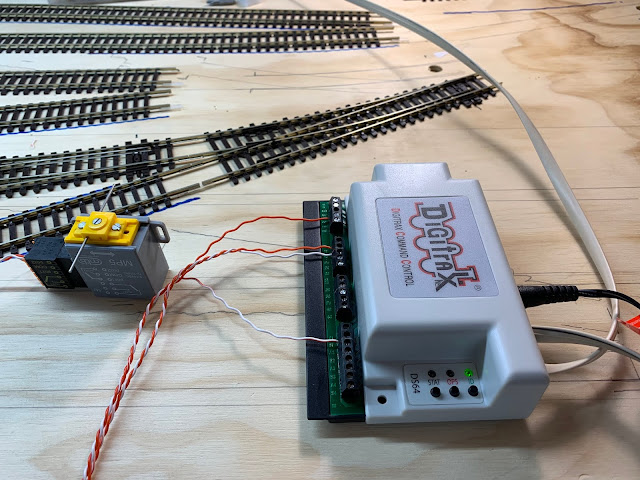 I'm extremely happy with these switch motors, price wise they are cheaper than a tortoise motor, and the flexibility of placement due to the smaller size and removable wiring harness has made them a great addition.