Next round of Tortoise Installs - Passing Sidings...

So last night I began installing the all the Tortoise Motors for all of the passing sidings. 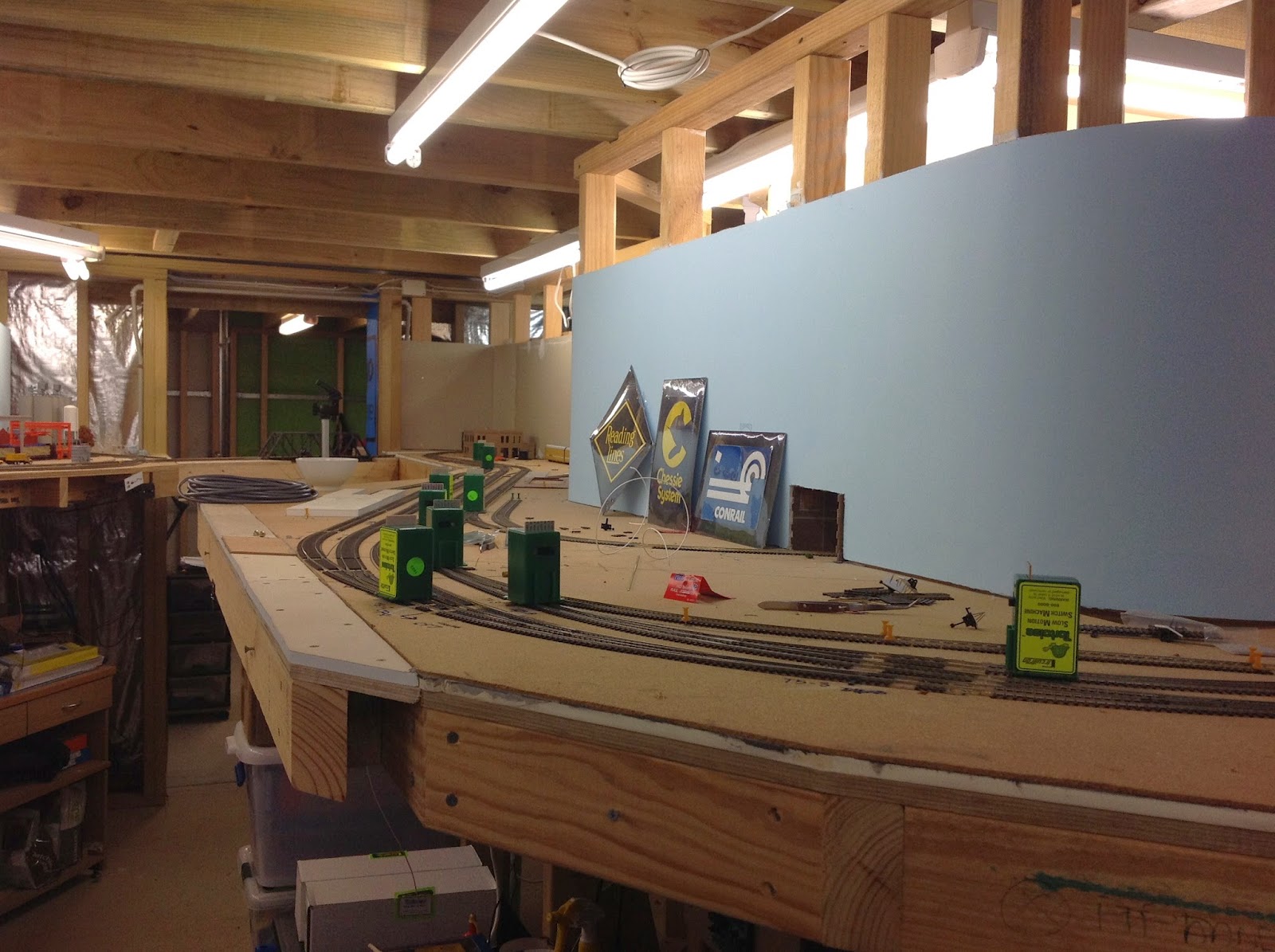 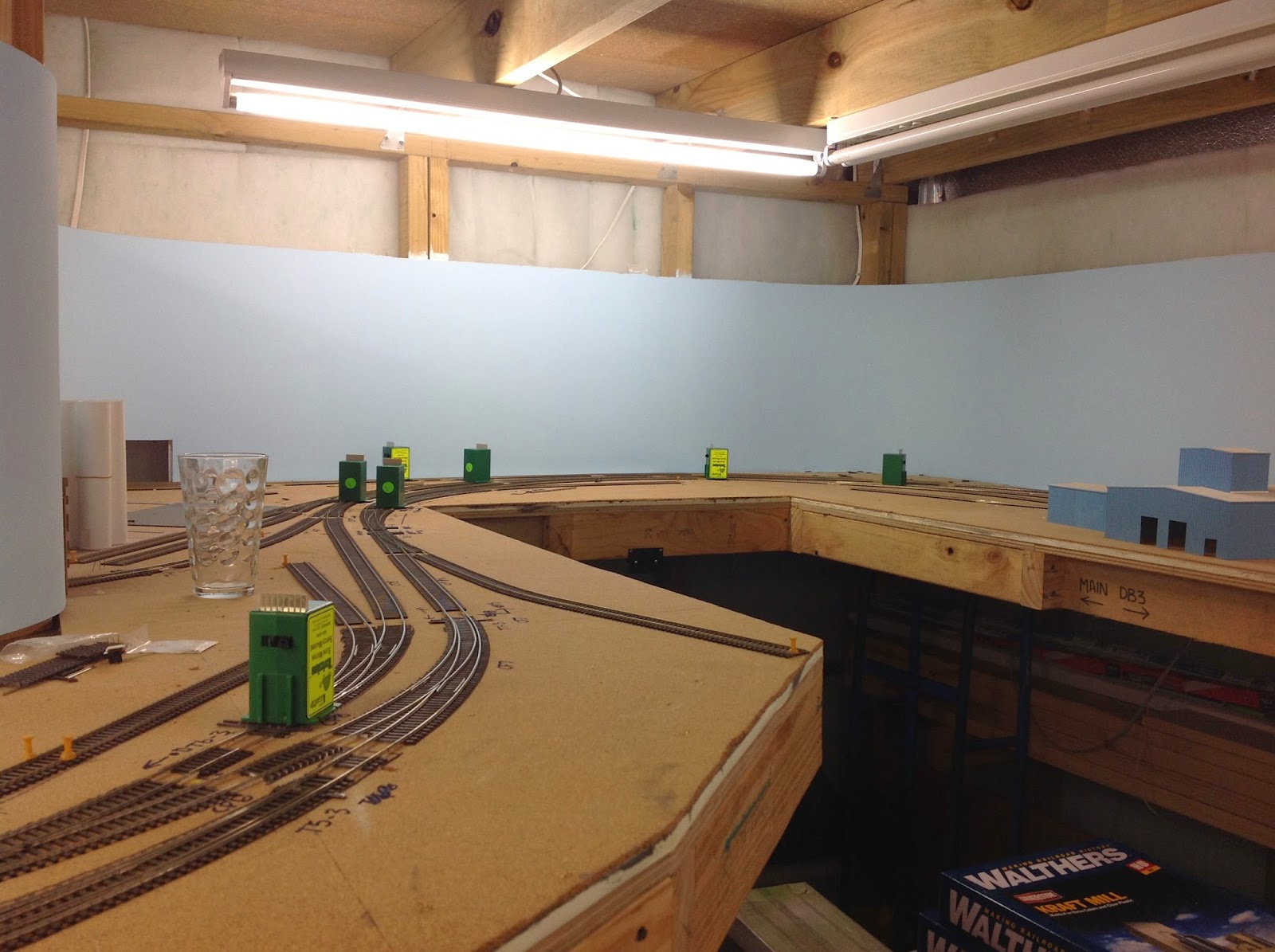 And at the end of the early hours of this morning, I had most of them installed.  A few tweaks required on the Walthers Shinohara turnouts to get them operating properly. 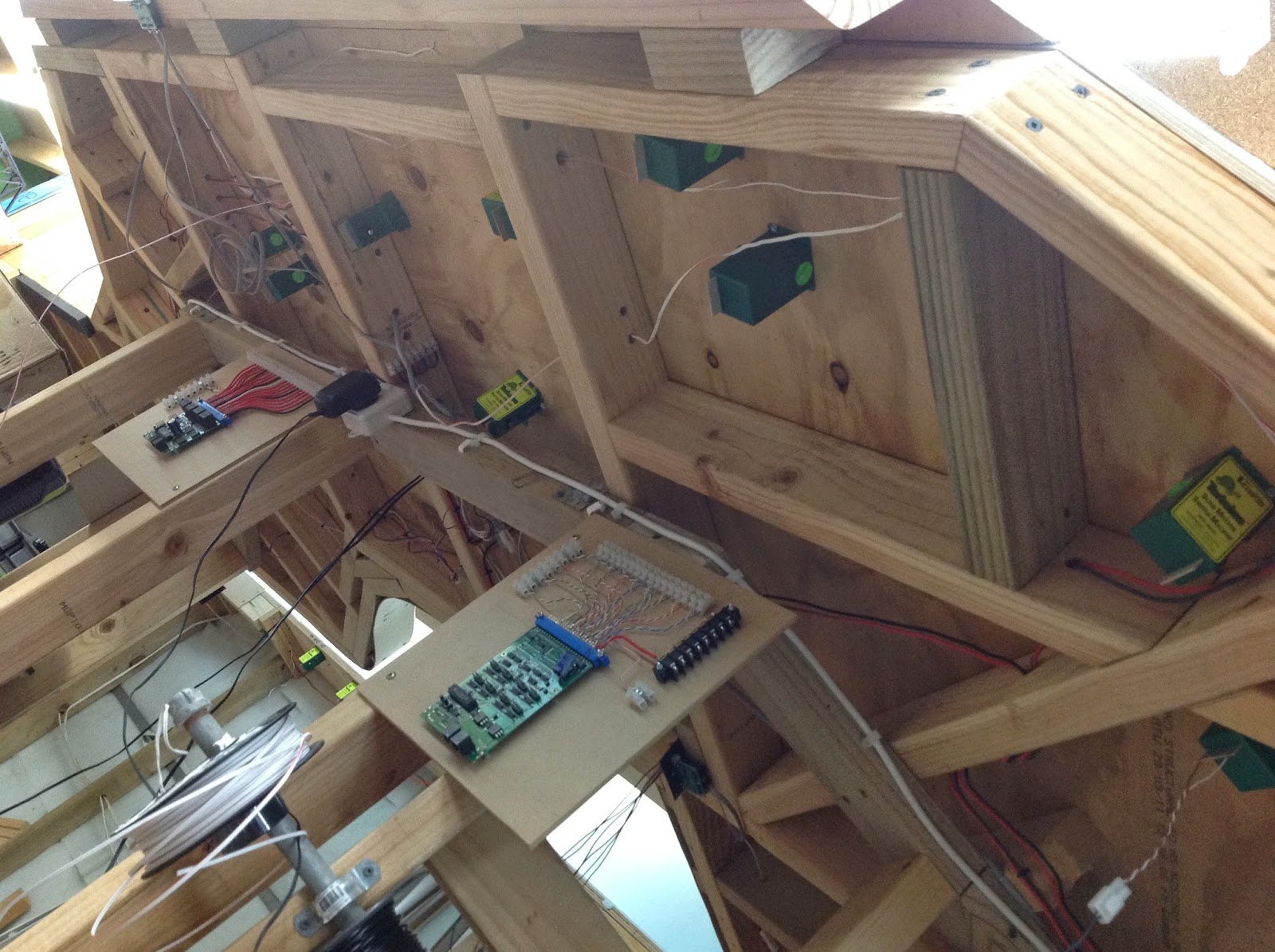 Posted by JLandT Railroad at 14:30 No comments:

Well last night I finished the installation of the Tortoise Motors on the mainline for the layout.

There are 30 in total for the entire mainline. 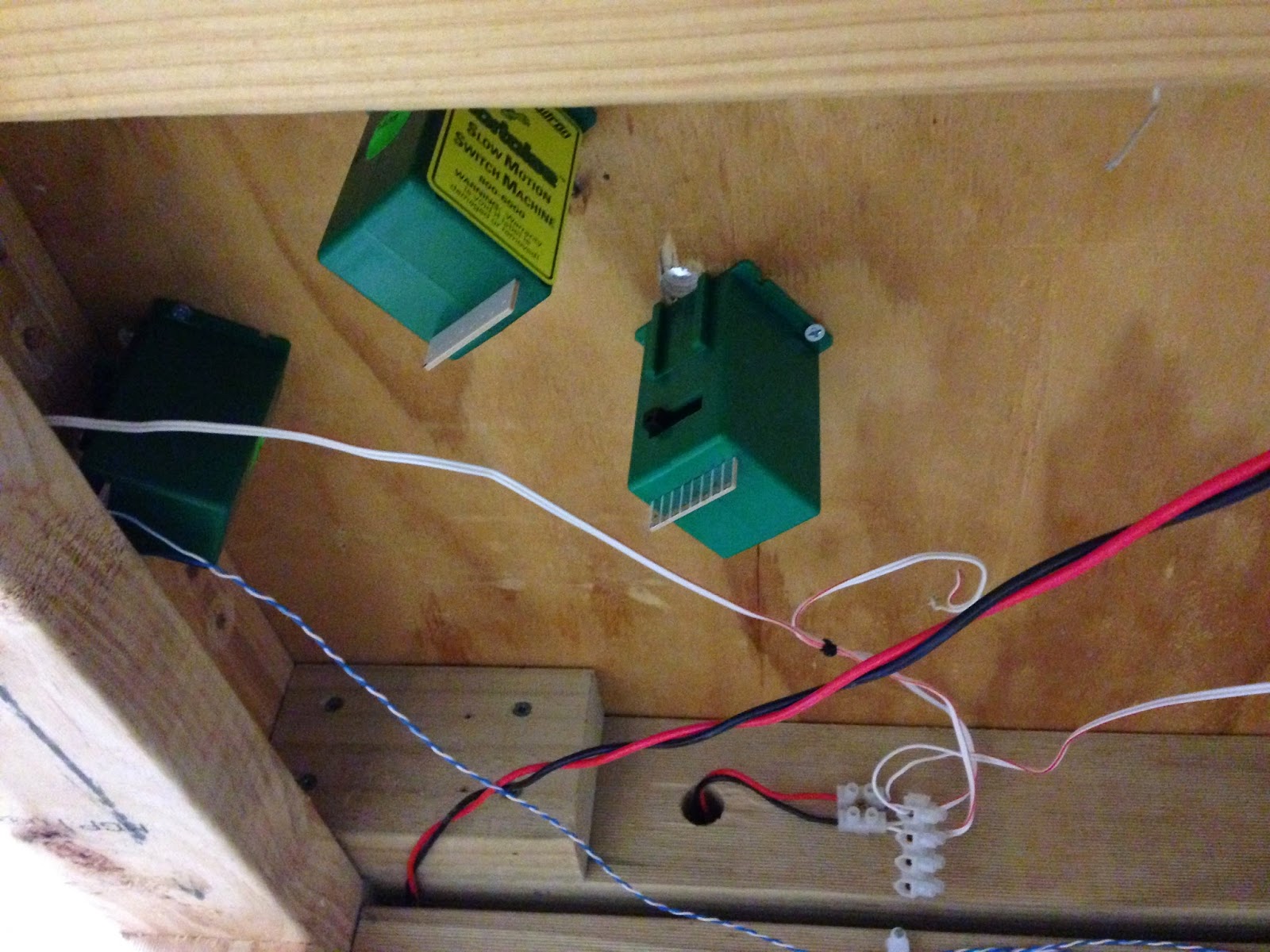 There are another 24 to install for all of the passing sidings that will also be controlled by JMRI & Fascia Panels. 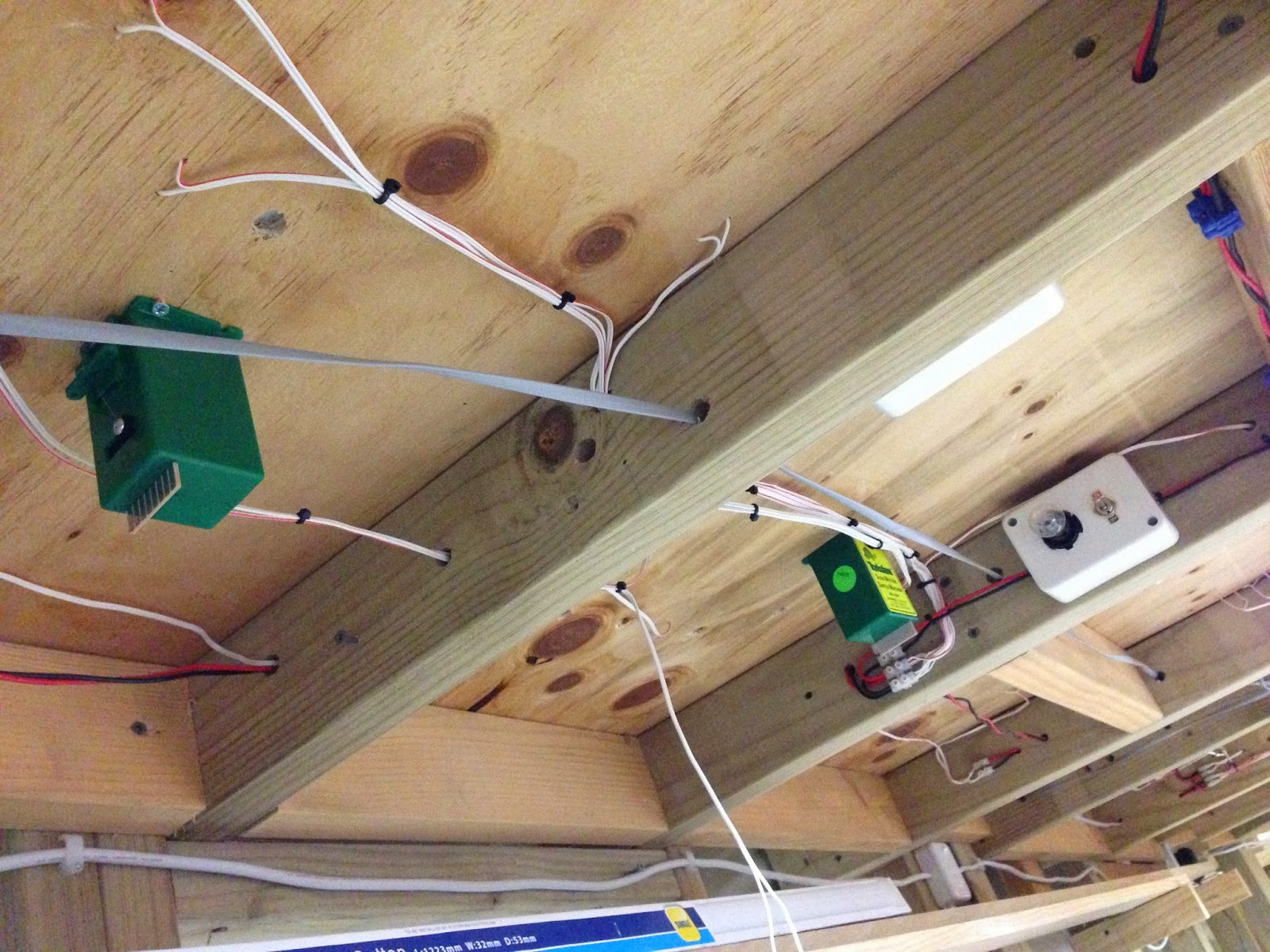 I've also installed a couple on small spurs that sit at the back of the layout, this will stop operators from having to reach over the layout to operate the turnouts.

Next step is to install the remaining switch motors, then onto wiring them all in and back to the SE8C's, and then the fascia push buttons.

Some of the push buttons will be duplicated so that they can be operated from either side when the track travels through a backdrop.

Ready for the detection & signal installation...

Well yesterday I removed all of our locomotives and rolling stock from the layout and cleaned up the deck.  Just waiting on a shipment of another 24 - Tortoise Motors, and another 3 - Digitrax SE8c's and we are ready to make the major push to install all the signal wiring, remaining Tortoise's, LocoNet, power bus for the accessories, and the boards with hardware.
After placing all the isolators for the detection blocks I found we had created a few dead sections that had no feeders.  These will be added when we do the rewire as the have to wired to the BDL's, so I have another two of them to wire up on boards, and another 5 SE8c's boards to wire up too.
In the order from Litchfield Station I also got some ready made R15k resistive 33" wheels sets too, this will allow me to quickly make up a few pieces of rolling stock and a caboose to be able to test out the detection sections, BDL's and ensure JMRI is working and receiving the data from the LocoNet.
Seeing it's our summer over here I'm hoping to throw a wiring session or two, followed by a BBQ lunch, and then a little ops session after with a great group of guys that live within an hour of us.
Jas...

Finished Blocking the layout for Detection...

Well last night I finished the arduous task of adding insulators to the blocks for the detection rail on the layout. 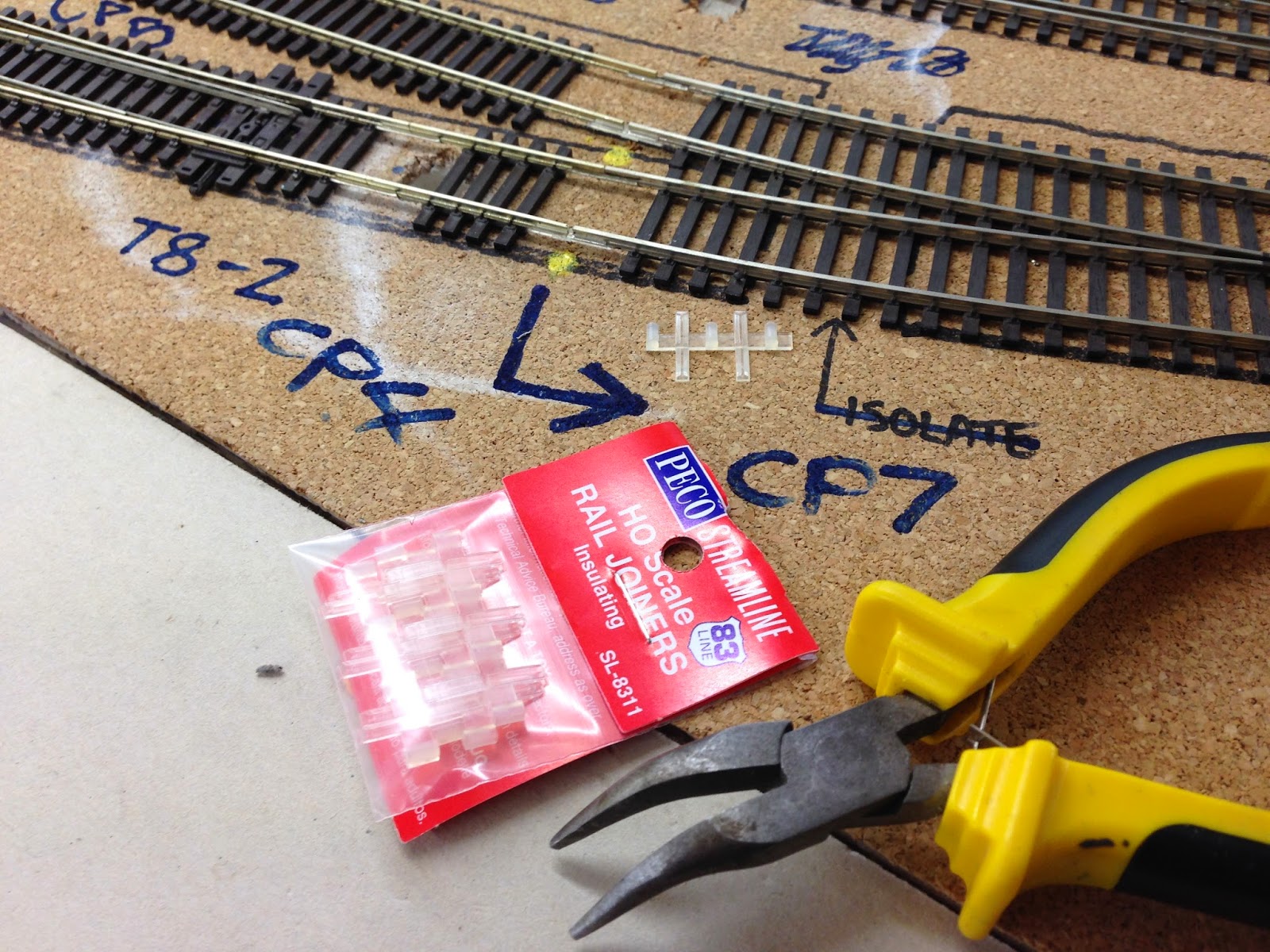 I also took the time to remove a few turnouts (ElectroFrog to InsulFrog on the main) and remove a #8 turnout that was no longer required.  I also drilled a few holes for Tortoise rods that needed to be installed on some of the sidings.

Next step will be to test the track work as by adding the insulators I have created a few dead spots on the layout.  After that it will be onto adding the remaining Tortoise Switch Machines.