The design of the JL&T Railroad...

So how did it actually start...

Like most my model railroad start was from an early age, around 9 or 10 my first set was a Tyco & Slot car combo.  You raced the cars around a set track and had to negotiate a level crossing with a Rock Island locomotive and rolling stock barrelling around.

Both my Dad and I always wanted a bigger layout, but like many we never had the opportunity or the space to create our little empire.  Both my father and I have dabbled in model building in some shape or another, Dad was always military type stuff boats, planes, tanks, and even a WWII diorama show casing all of these.

I was more into trucks, prime movers & fire engines.  But there was always the railroad interest, alas I discovered work, cars & girls in my mid to late teens and for a couple of decades it never resurfaced until the birth of our first son Lachlan and the building of our own home.


My wife told me to get a hobby...  So I did.  And the J&L was born (Jason & Lachlan).  I sort permission to use half of our garage for a small layout, nothing to big maybe around a 4x8 or 6x10.  My first trackplan was based on these sizes.

The design was a generic track plan from the internet with some changes thrown in, and this is where the fun begun.  Why I here you ask, well I found a little web based forum called MRH (Model Railroad Hobbyist) and made my first post.  It was here that I asked my first question "how do I start my own railroad"?

This was when I was reeducated about a few of the finer points of design a model railroad, and also introduced and recommended John Armstrong's "Track planning for realistic operation".  And so I read, learnt, and redesigned the J&L ending
up coming to the following conclusion.


I needed more room, how do I get, how do I fund it, and how do I convince my wife......?
I actually managed achieve them with the following.  If I can build a shed I don't have to use
the garage, if I build a big enough shed I can store most of the stuff stored in the garage in
the shed, and if I design the layout properly I can use the shed for it and store stuff in it too......


So the idea was accepted, rubber stamped, signed off, and placed into planning...


So the shed was designed and worked into the room available on the rear portion of our block.
The size was settled on 7m x 4m (internally) - 23.3' x 13.3'.  The plans were drawn up,
builder sort, and work begun on our shed & layout room. 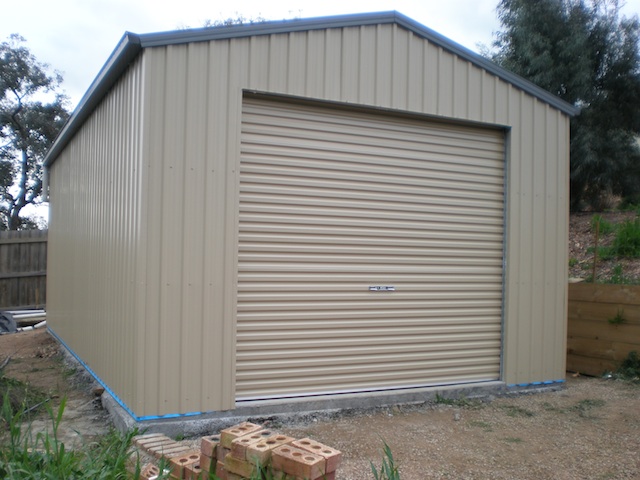 Once the shed was built and I had some actual physical dimensions to finally work with, and
an actual space to visualise, I set about reworking our original plan.  In the past few months
I had also purchased another book about multideck layout construction, this book by
Tony Koester - Designing & Building Multi-Deck Model Railroads.

This opened my ideas upto a multideck layout placed around the walls of the shed, with room
underneath to store stuff.  It also was the start of using the "Anyrail" computer software to
design my and alter my trackplans.

And so the design of the layout started to change and evolve...

This was the very first attempt at designing a model railroad.
Boy I have learnt a lot since this....... 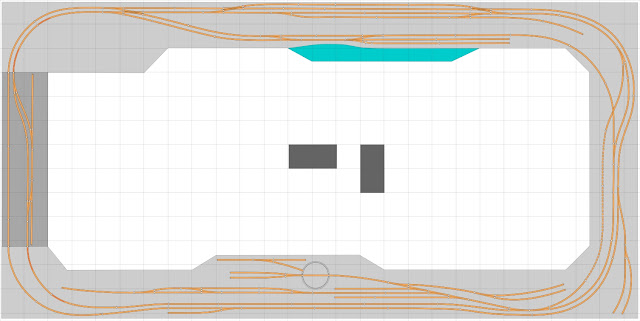 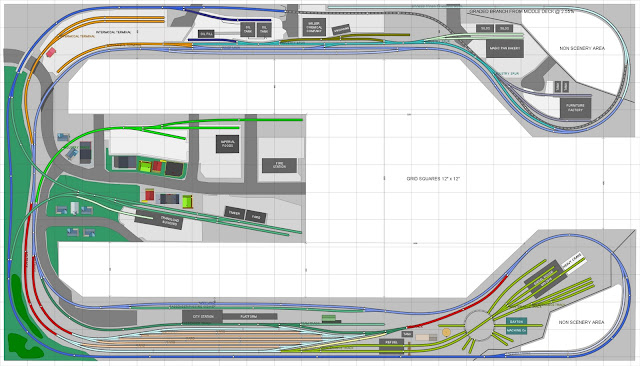 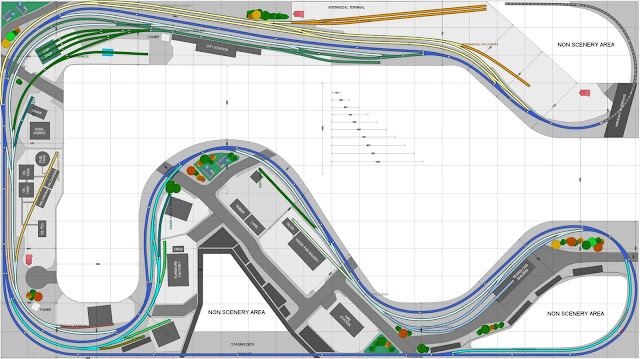 About the time of transition from the above trackplan, to the one below which has been the
current version for sometime, we celebrated the birth of our second son Toby Alistair Miller

And so with the birth of Toby, the J&L Railroad was changed and became the JL&T Railroad.

The track plan below has been the major version that I have been working on for sometime now.  It has however changed again with the addition of more layout space, and the the addition and change to a few of the major industries on the layout. 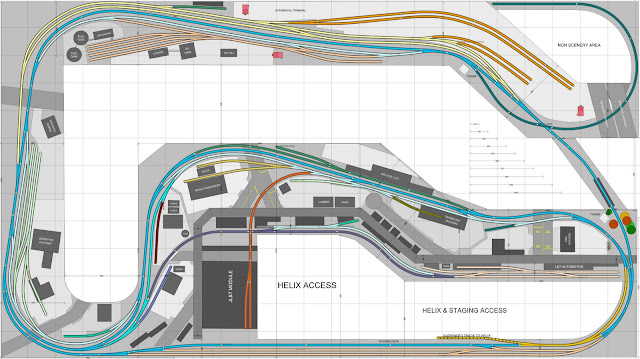 The current version of the trackplan (Sep 14) has now seen the major addition of another 4m (13') added to the east end of the layout.  It has also seen the deletion of the Intermodal Area with the replacement being a Paper Mill.

I have made the decision that the original concept of having three decks is no longer viable. so the top deck will be the only deck to have full scenery, there will be one staging deck under this on the north side and in the new extension which will be modelled on a fully operational classification yard.