Ok so as part of adding to the blog and telling the story of the JL&T Railroad and how it began and the different phases of construction, I thought it would be important to tell how it began and what was the major point at which it started.

Firstly there was the conversation with my wife that really kicked it all off.  She said to me one day that I needed a hobby, she may actual regret that nowadays but that was the start really and the point at which I started researching.

As part of research I found a online forum (MRH) that suggested several things for the beginner to either read or make a small start on building a layout.  One suggestion was a small module or series of modules that could lead to a bigger layout.

So it was decided to make a start on a small practice module so that I could test my skills on everything from bench work construction, sub road bed, road bed, track laying, scenery, weathering & detailing.

So I decided to start out with a small 900mm x 600mm (3' x 2') module, this would allow a small amount of track, (main & siding) turnout, some roads, land forms, a structure and all in a size that would be easily obtainable in a short time frame.

The first step was to build the frame work... 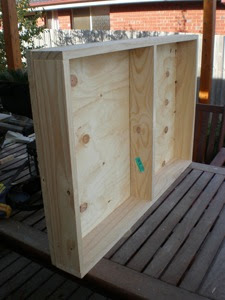 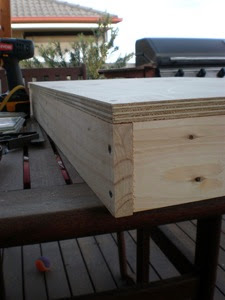 The frame was made from pine and was 90mm x 19mm (3 1/2" x 3/4") the top (originally) was 7 ply 19mm plywood.  The top was then changed to 19mm (3/4") canite which is a product made in Australia out of compressed sugar cane husk, this was favoured over the plywood for weight reasons. 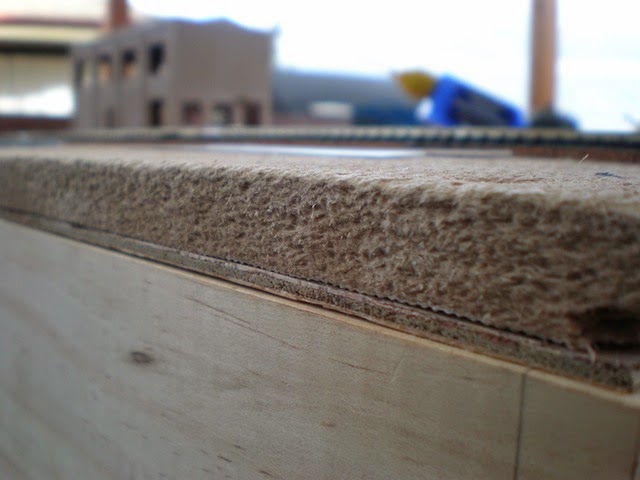 The next stage was to install the sub road bed (cork) and the track work, the cork was 3mm cork sheet cut into strips and glued down to the sub surface (canite) with flexible exterior sealant. 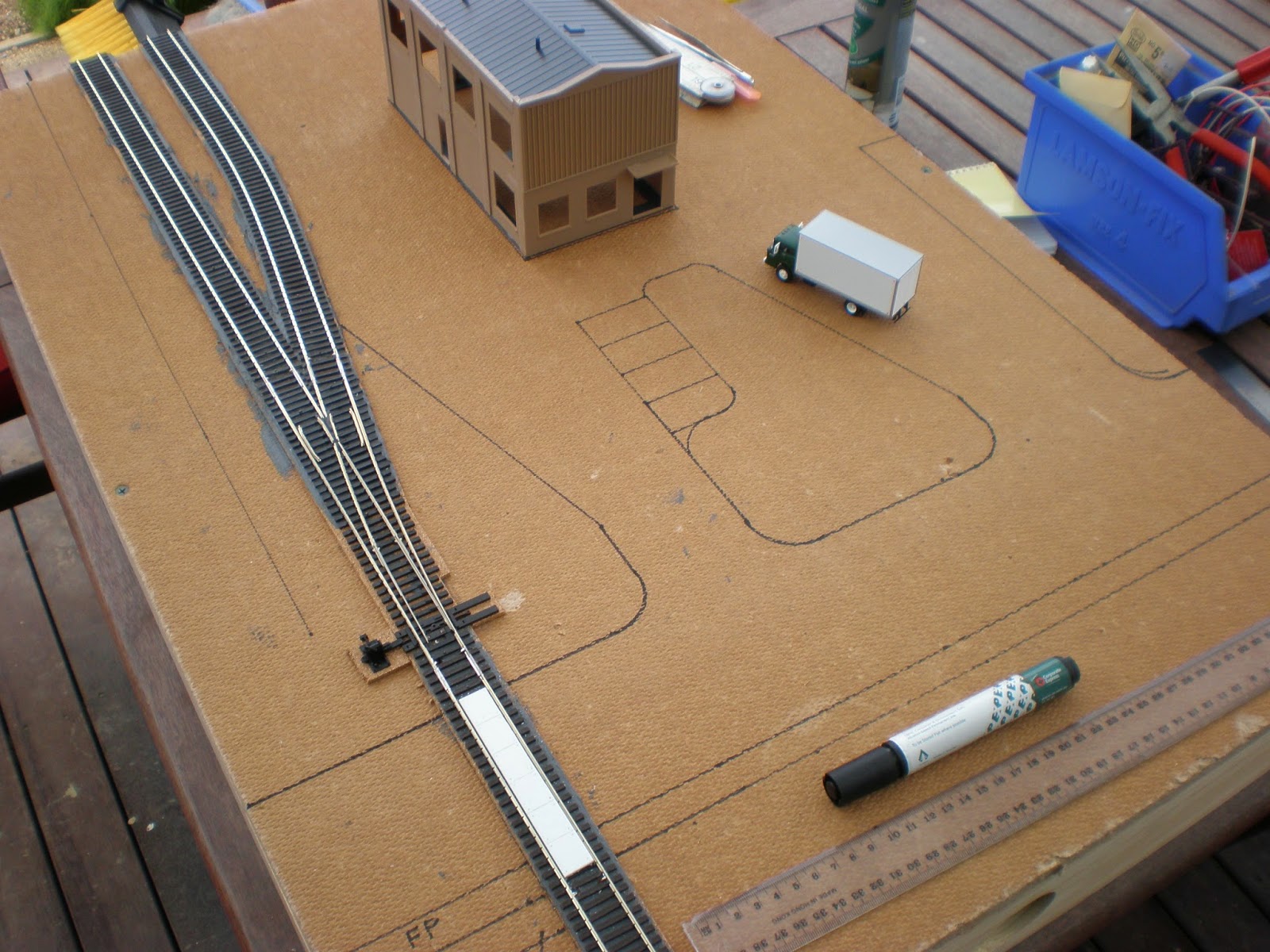 From here it was on to forming the roads, curbs, sidewalks, crossover and driveways into the factory area.  This was all achieved using Evergreen Sheet Styrene.
This photo shows the installed styrene road, driveways & parking areas... 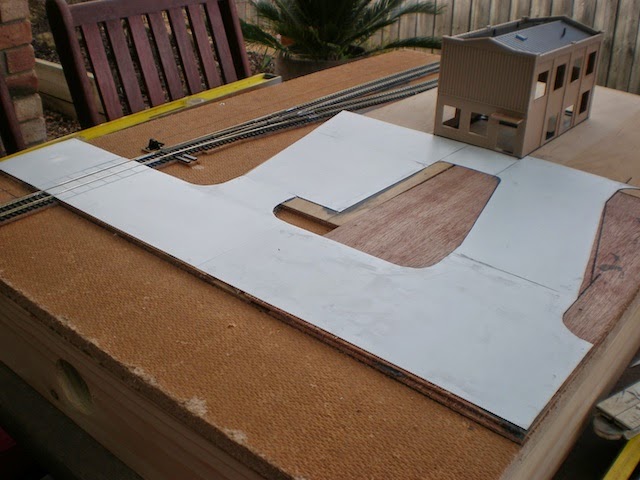 After the roads were completed it was time to move on and start installing the curb & sidewalk.  This was achieved by using Evergreen 6x6 strips to form the curb. 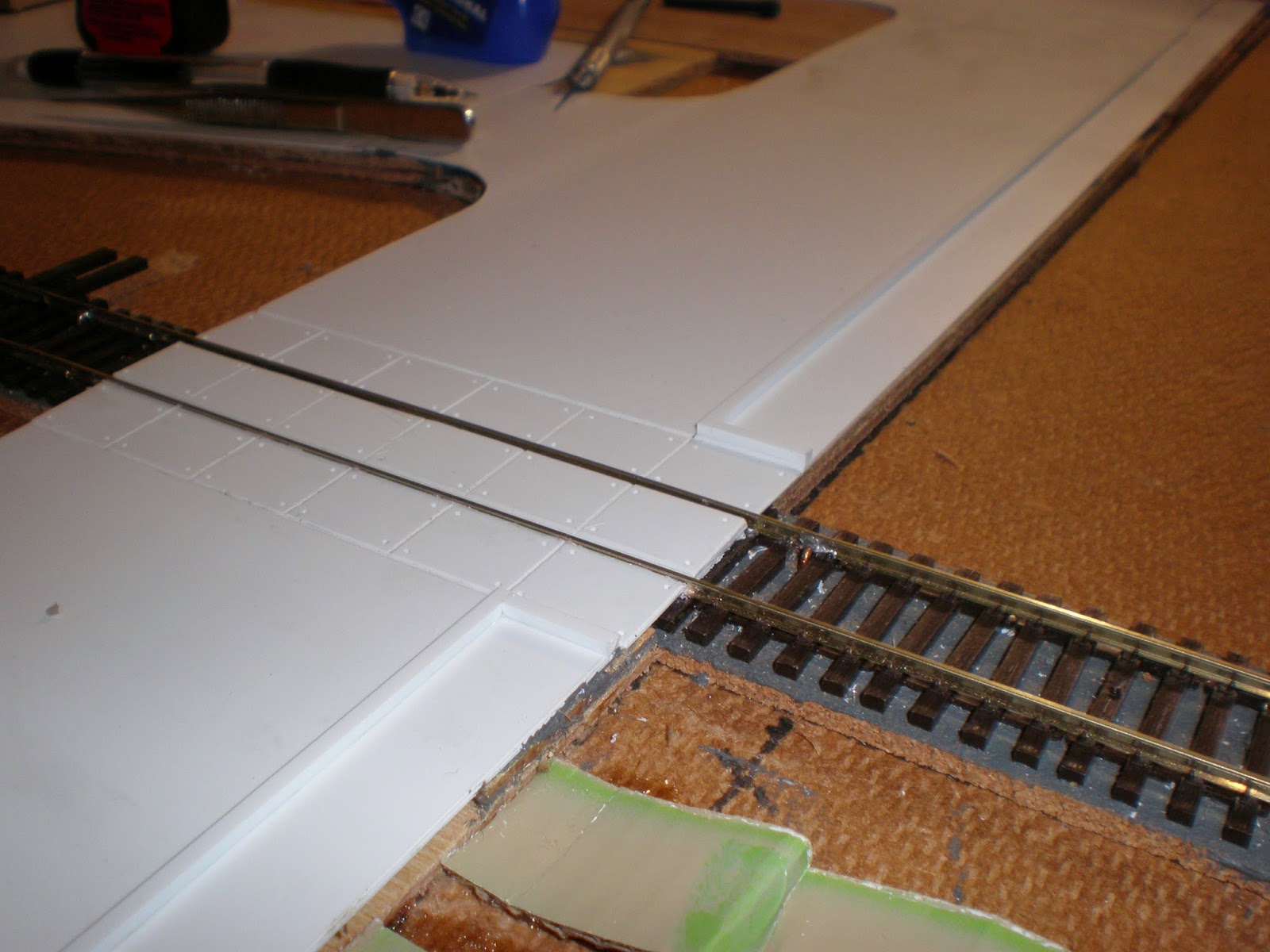 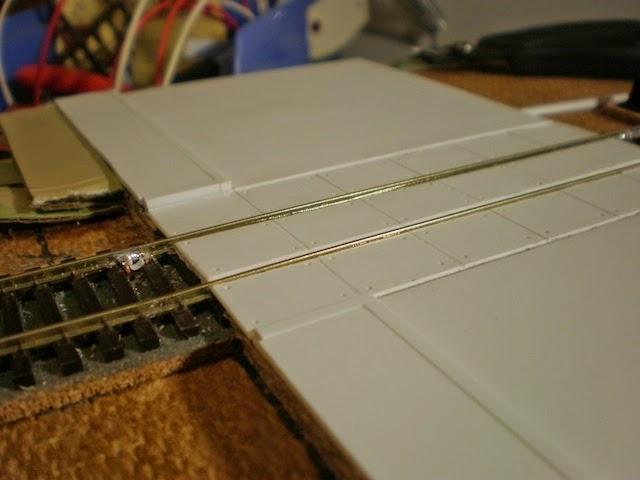 The curbing for the entrances, carpark, and unloading/loading areas of the industry.  Started by forming the curves by using fingers and forming them in place.  Then glued down one end until set, and then glueing the remainder of the curbing. 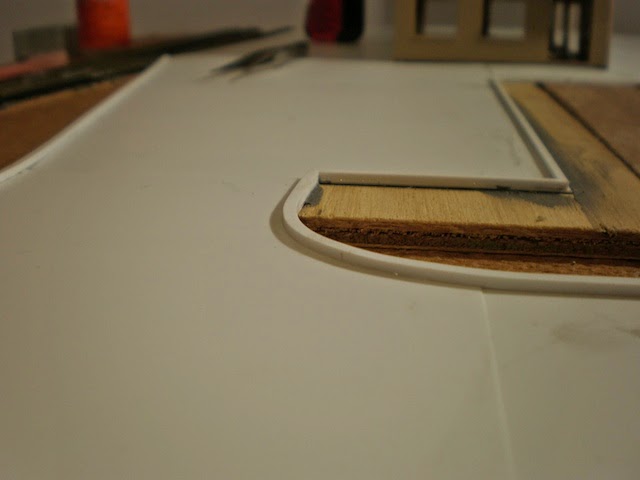 This process was actually extremely easy and I had completed all of the curbing in about two hours. 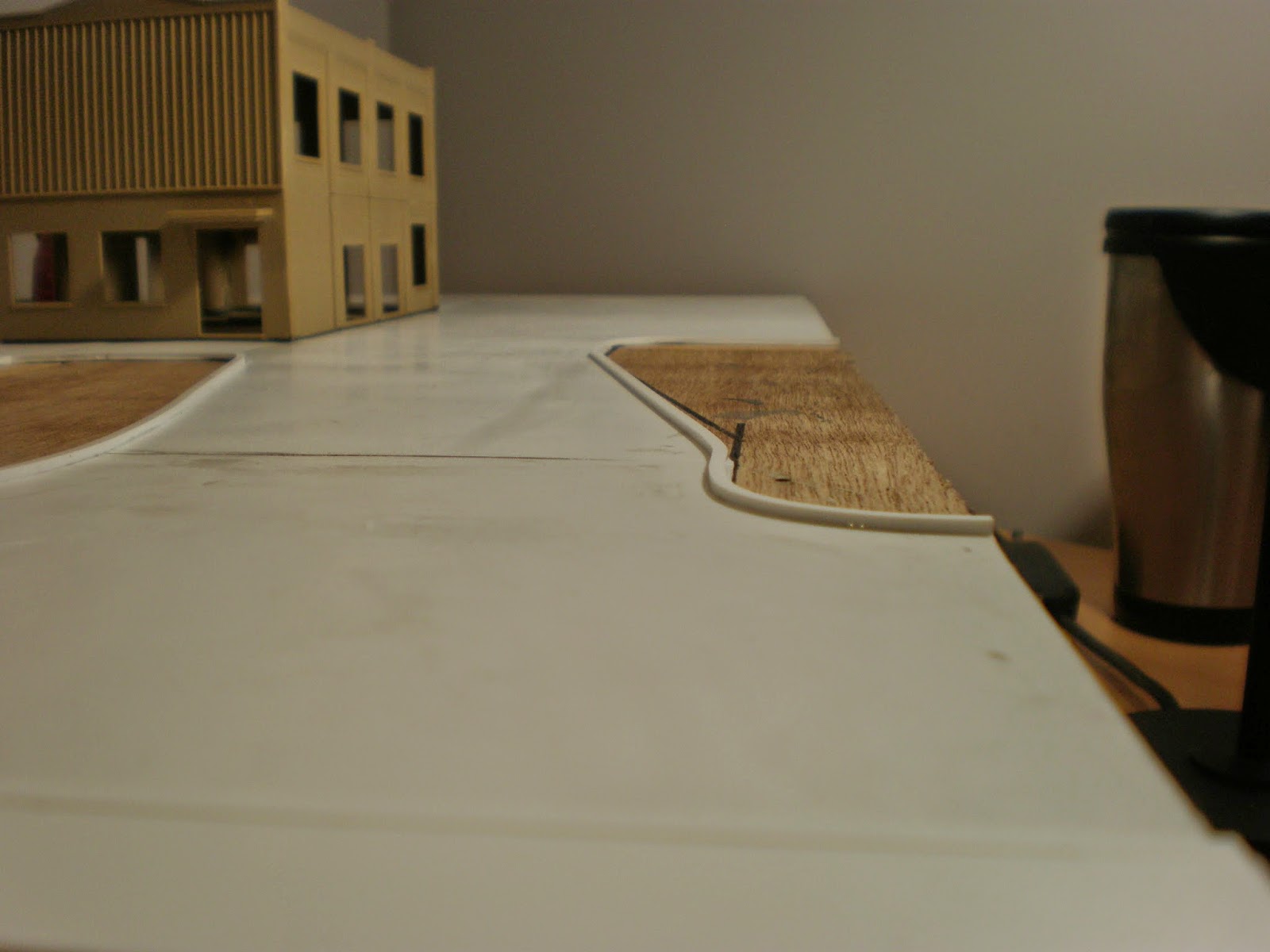 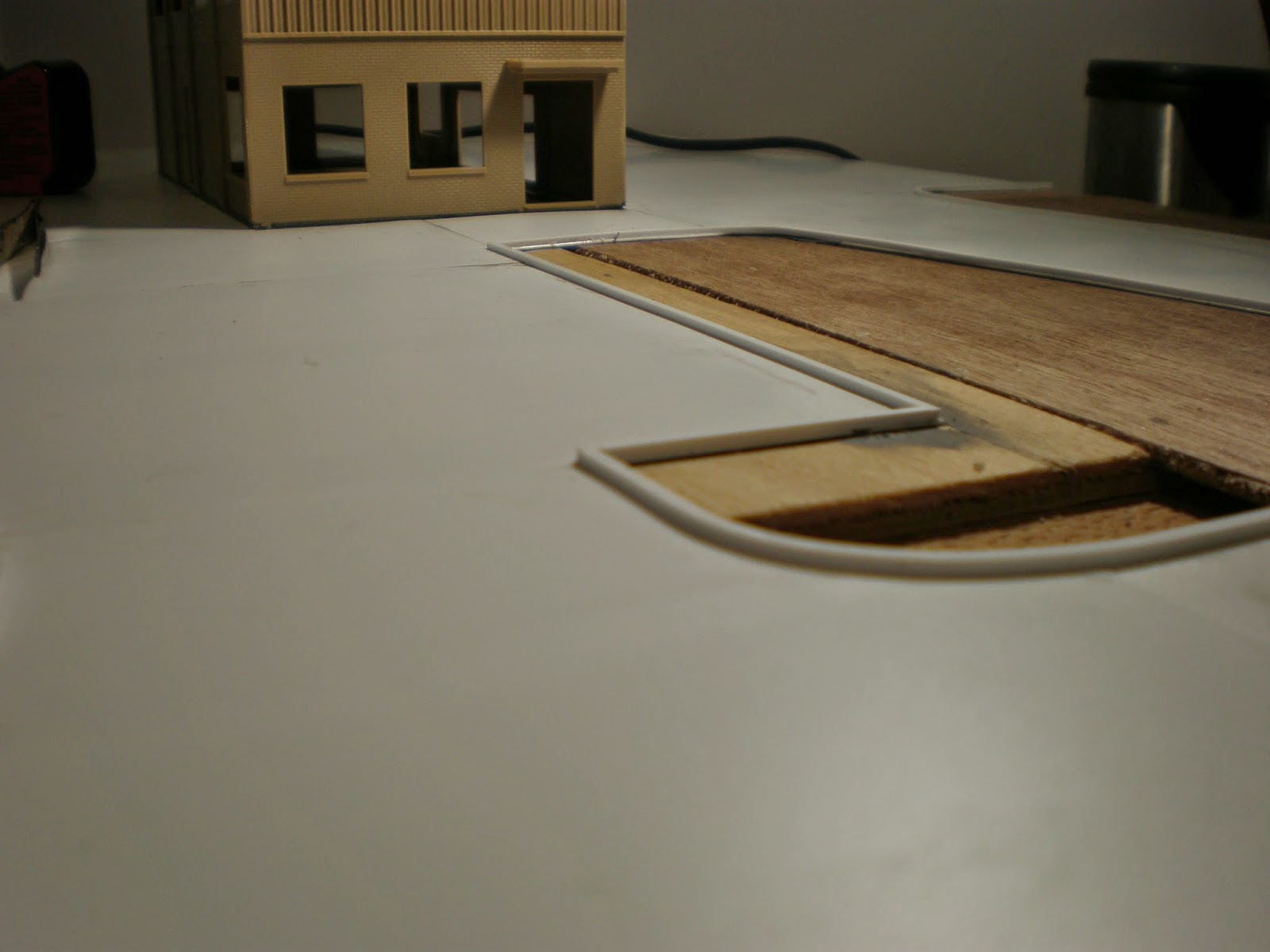 Next stage is to finish off the remaining land forms & contours.