For the last two weeks I’ve been working on a project that has been somewhat of an elusive thing for most Reading Railroad modellers. 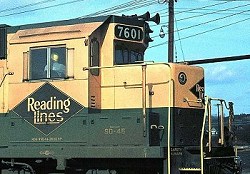 Some have tried various methods to achieve it, some have worked really well, others haven’t.

So with my new found eagerness to build things using Fusion 360 to 3D render them, and my 4K Resin printer, I thought why not have a go. 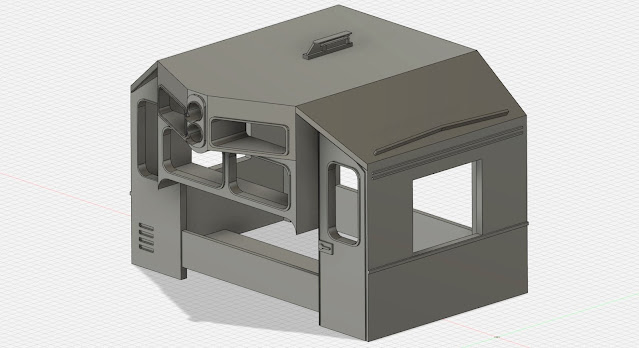 I have two Kato - HO Scale RDG - SD45’s, so I decided to use this as my base.  I measured the cab and took detailed measurements of everything that was detailed enough for HO. 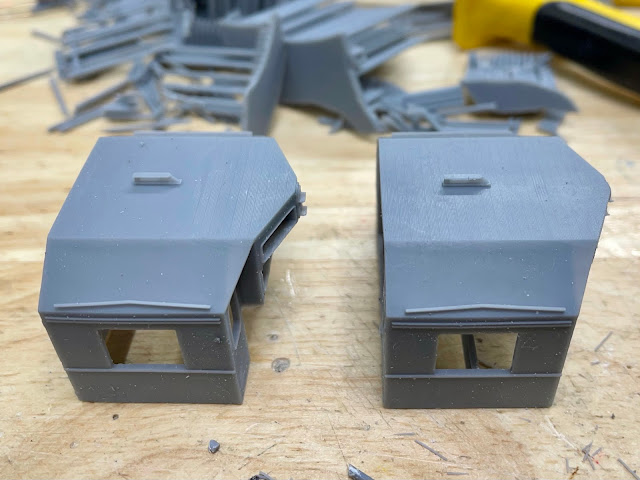 I wanted to 3D render the cab bump out, drip strips & the Sinclair Antenna onto the cab.  So after a week of rendering in Fusion 360, a non-detailed shell - test print yesterday, some fine tuning this morning, and a whopping 4hr & 33min print, the detailed version is here. 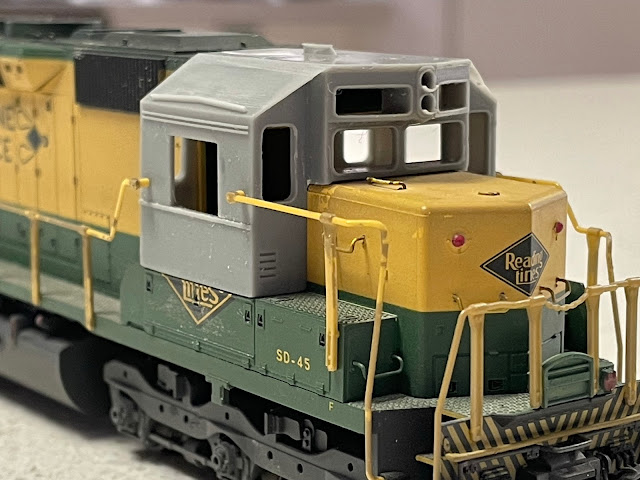 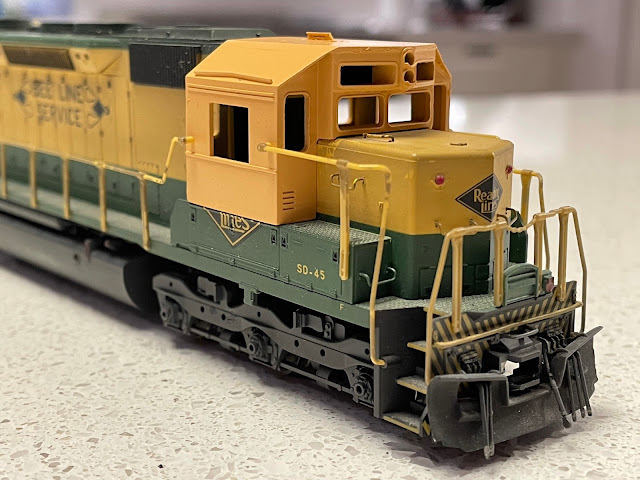 I’ll be trying a few more different print angles, and dropping the layers down to 0.02mm print to see if I can get a super smooth finish & details.

I also primed & painted one of the test cabs too, SMS Paints work really well with the Phrozen resin...

Posted by JLandT Railroad at 12:58