Re-visiting the lift out bridge...

Today I finally decided to tackle something that has been bothering me for awhile.  The lift out bridge that connects the centre peninsula to the northern side of the layout has been not quite right since it was converted from a swing up to a lift out. 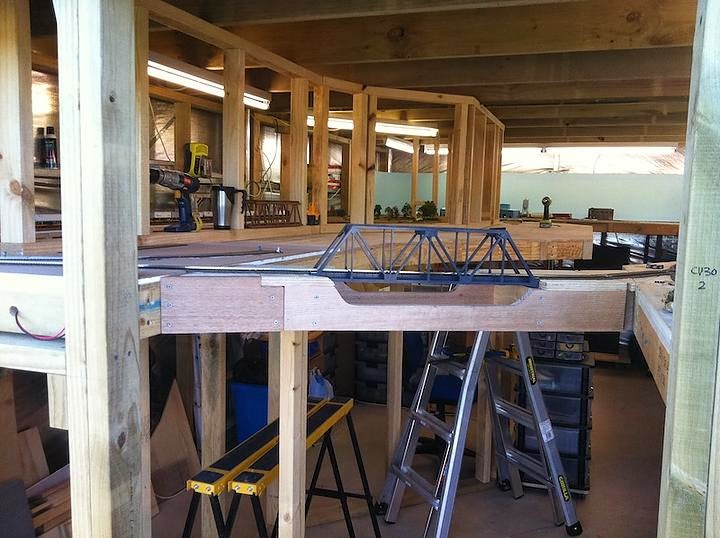 When I constructed the centre peninsula I made a little mistake and it ended up being about 10mm higher than the northern deck.  So the track coming across the bridge was on a downward grade with two curves that didn't really flow to well.

Due to the expansion of the layout shed, and the addition of the staging on the south side of the extension there was an opportunity to fix up the bridge and add the turnout that connects the staging to the layout.

Also the construction of the lift out bridge had two extensions coming out off the layout and protruding into the walkway that held the bridge up, so I wanted to get rid of these so that it was easier to walk along the walkway without obstructions in it.

The new lift out bridge is constructed purely from pine to keep the weight down, the previous version was hardwood for stability.  The new version now spans the entire width of the walkway and secures to the layout frame with a 19mm cleat. 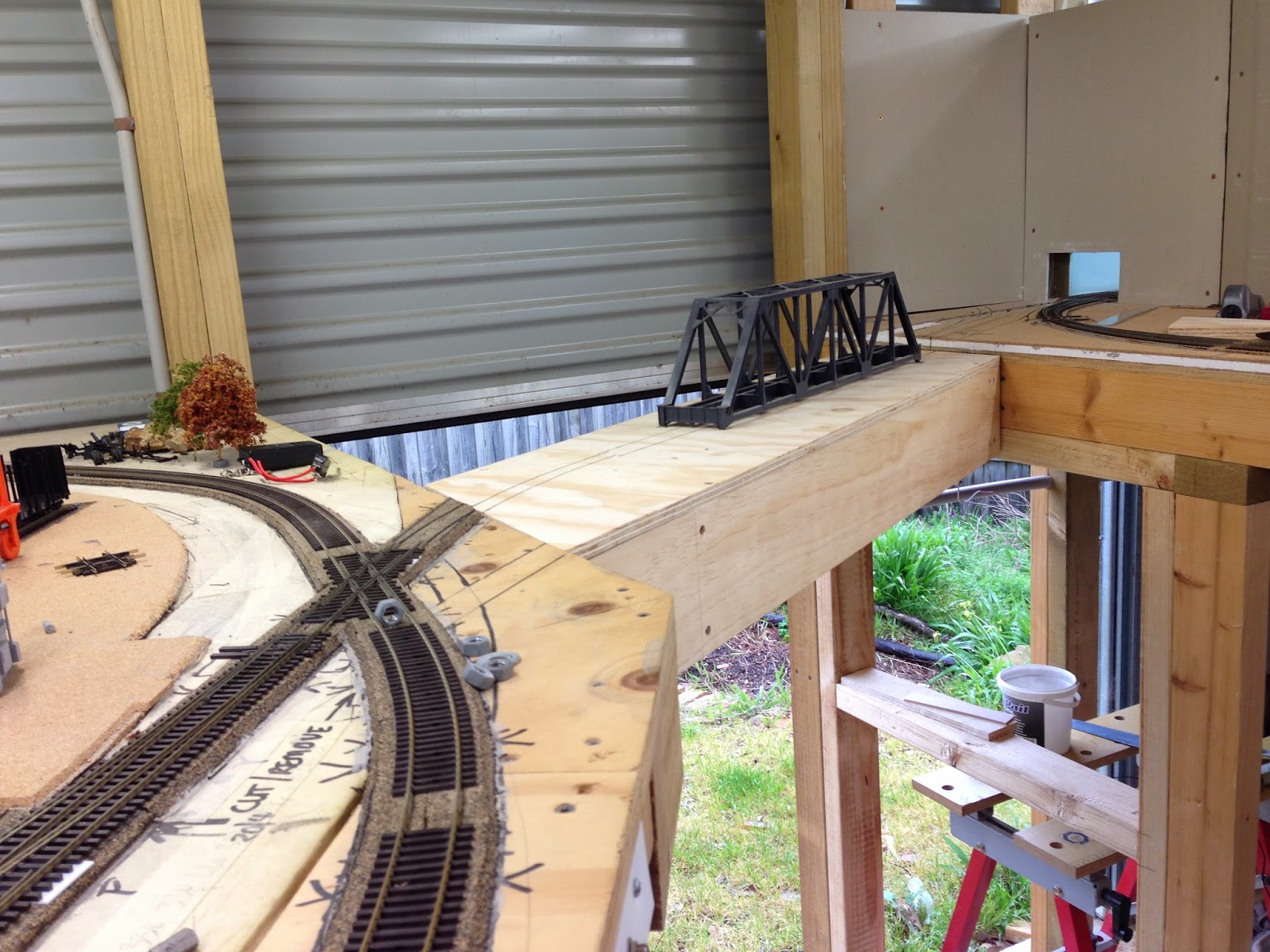 As can be seen below the new section flows much better, the previous alignment had two bends that had the whole section come out more towards the roller door.  The new alignment has one bend (which is 28" R) from the crossing with a short tangent track before the bridge.  The opposite side (southern side) comes out straight into a #6 LH turnout that will feed into the new staging area. 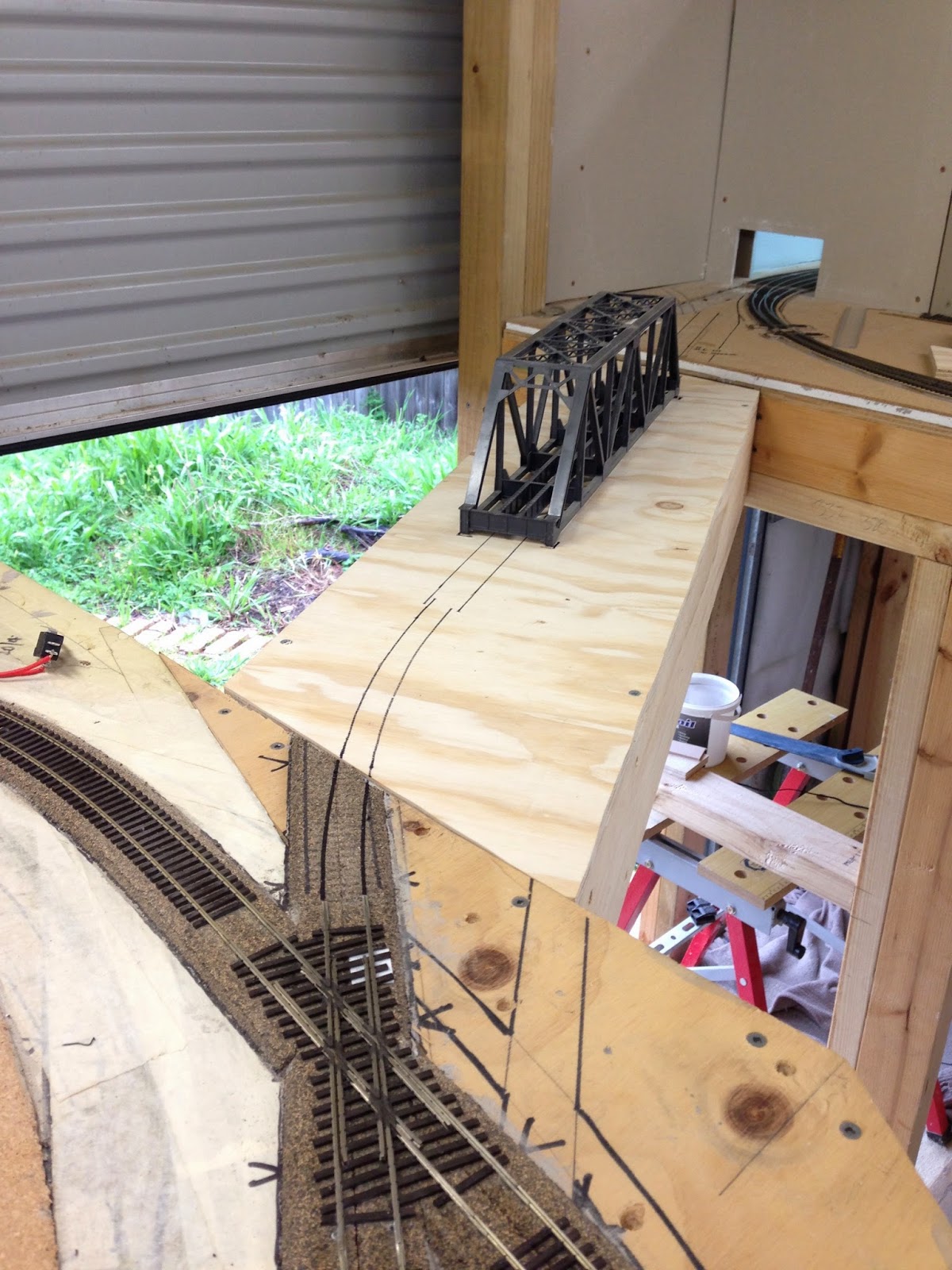 The existing southern section will have a short curved section into the existing turnout underneath the backdrop wall.  There is a slight grade from the turnout to the new staging turnout which needed to be installed as I have lowered the bridge to match the existing northern deck.  This new section will be cut into the existing cork & drywall sub roadbeds and will be modelled as a cutting, this will add some visual difference to area instead of being completely flat. 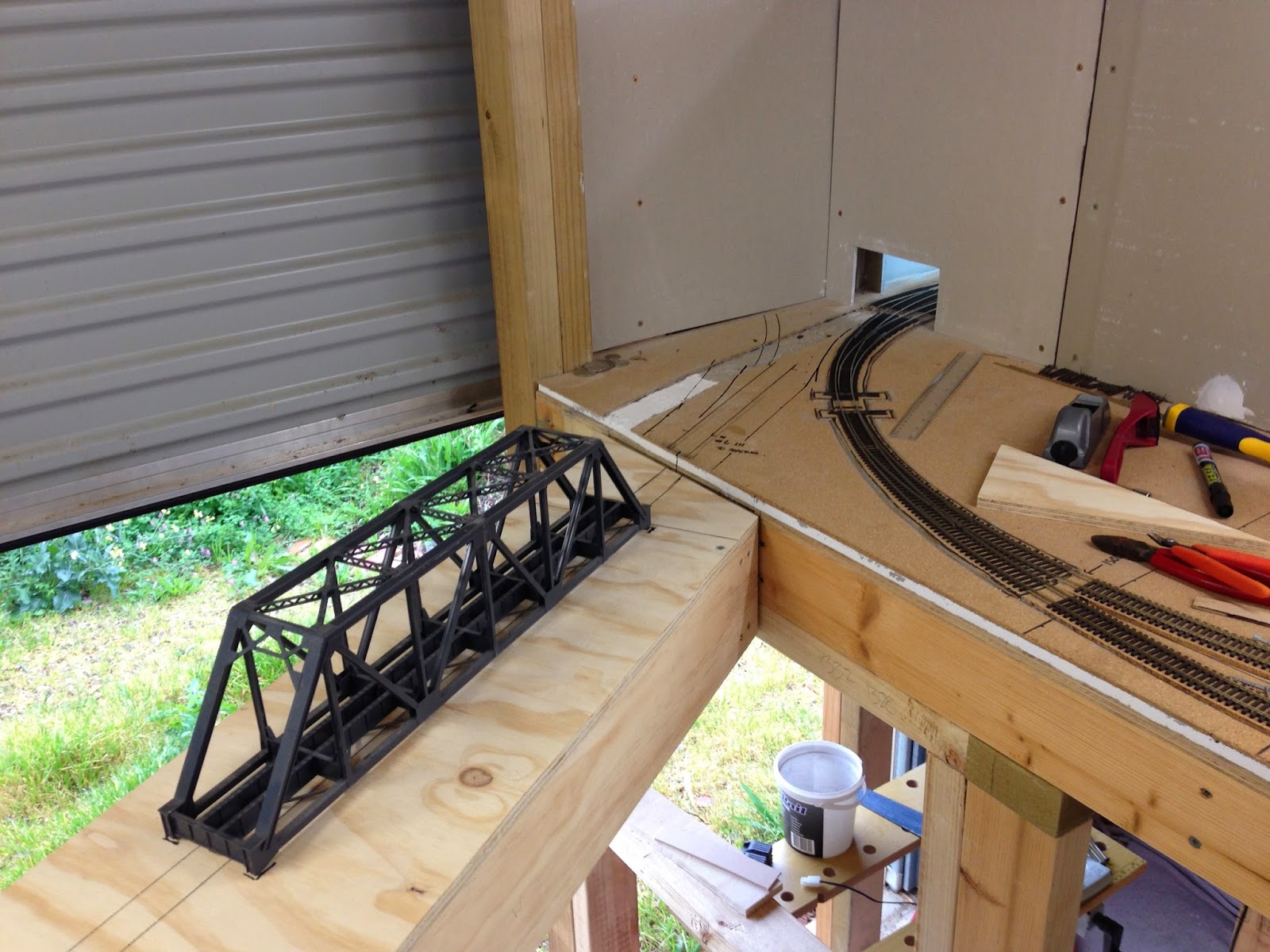 The next step is to cut the sub roadbed out and get the grade right between the existing turnout under the backdrop to the location of the new staging turnout before the bridge.

Posted by JLandT Railroad at 21:23