Now that the first stage of the LocoNet has been installed I decided to install the first BDL.  These are pretty much the same as the SE8C in regards to setting up the backing board.

The backing boards are being setup on the same size a the SE8C boards.  The only real difference between the two installations is the wiring size. 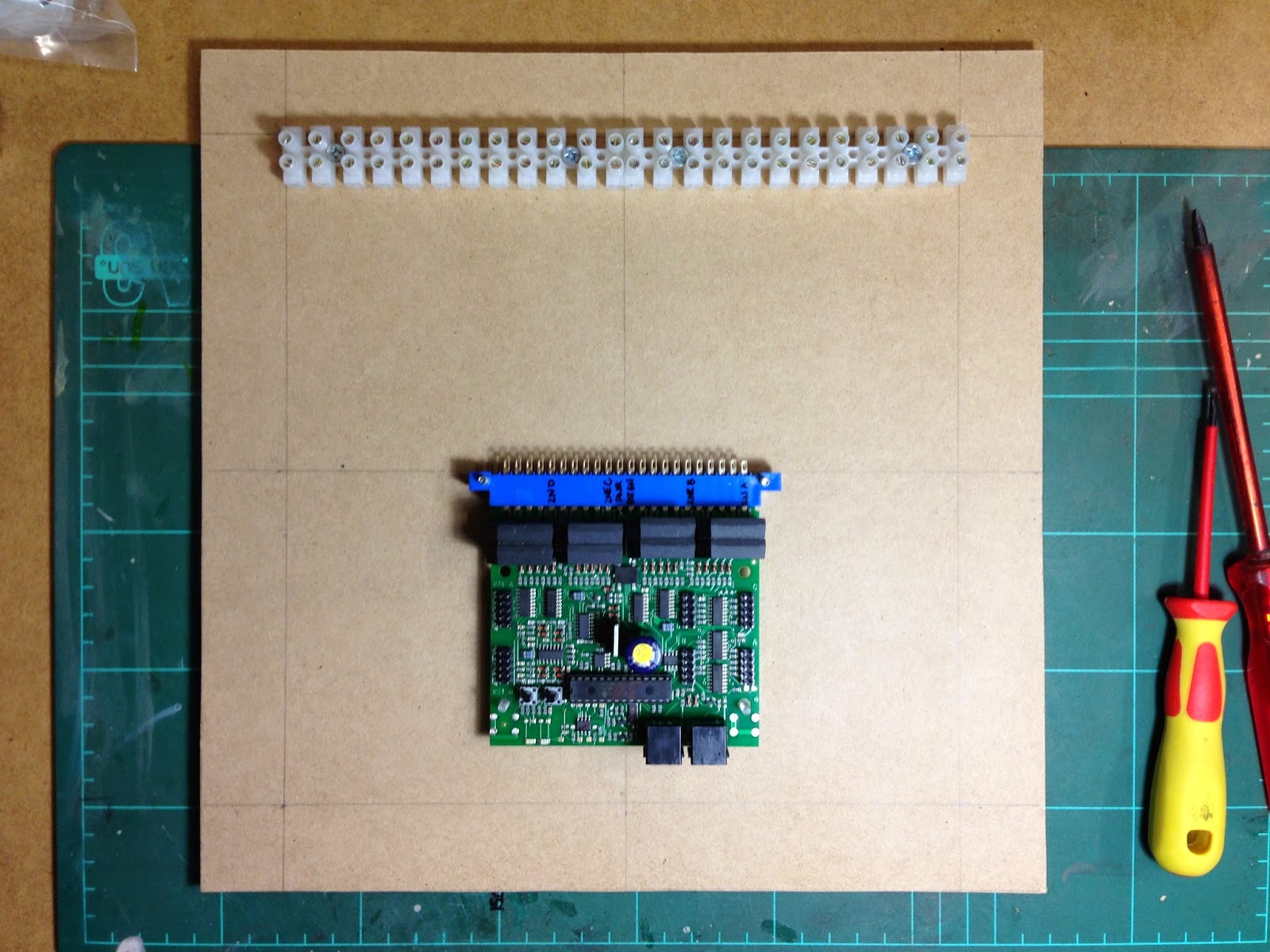 The BDL connections require a larger diameter wire size as they will be carrying track power, I've opted for 1mm Solid Core wire for the connection between the 44 pin connector and the terminal blocks.

The solid core wire also assists with forming the wire to fit nicely on the board terminal strip, one trick that I have picked up is to give the end if the solid core a tap with a hammer to slightly flatten the wire so that it passes through the terminal strips on the 44 pin connector. 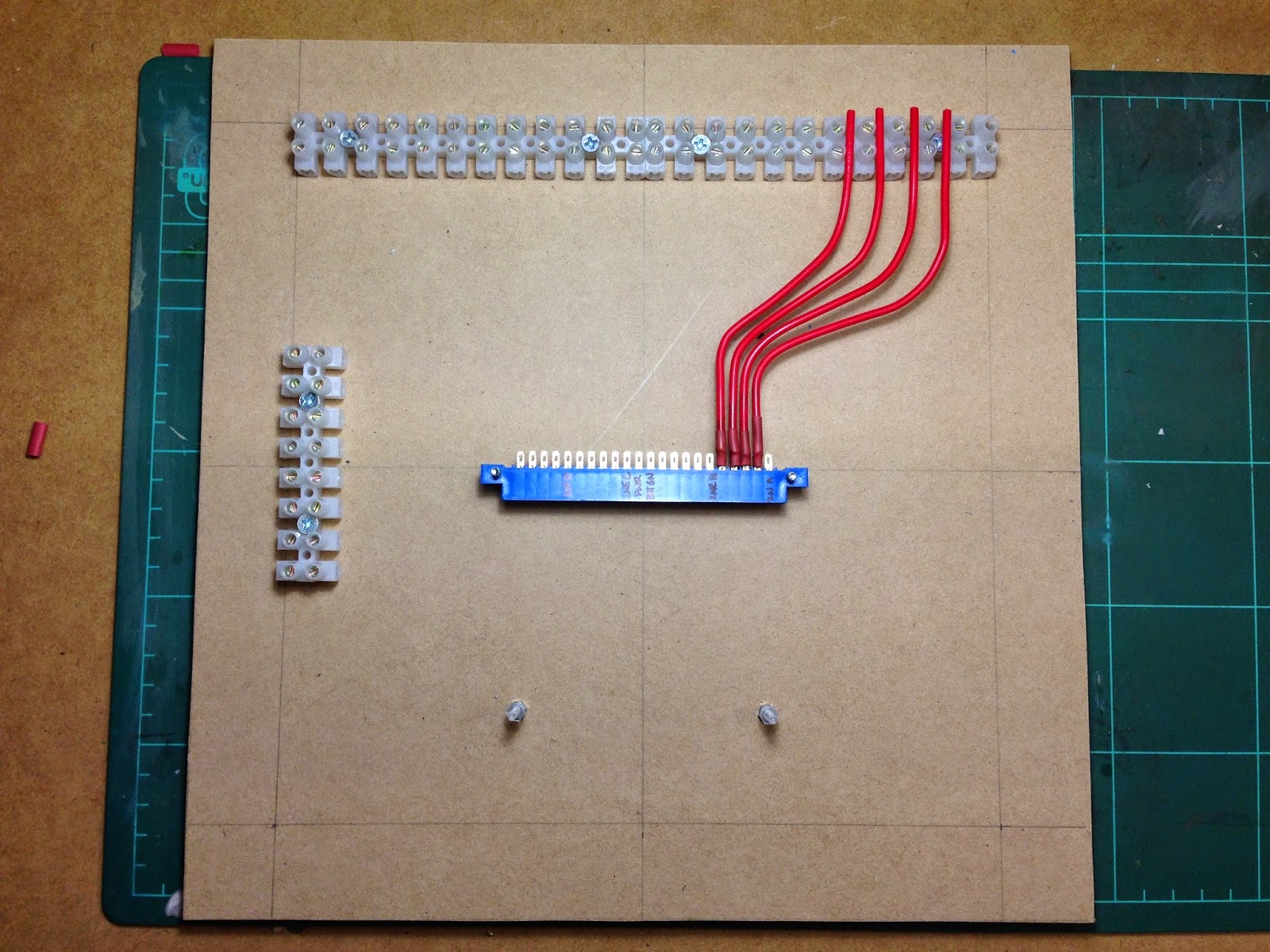 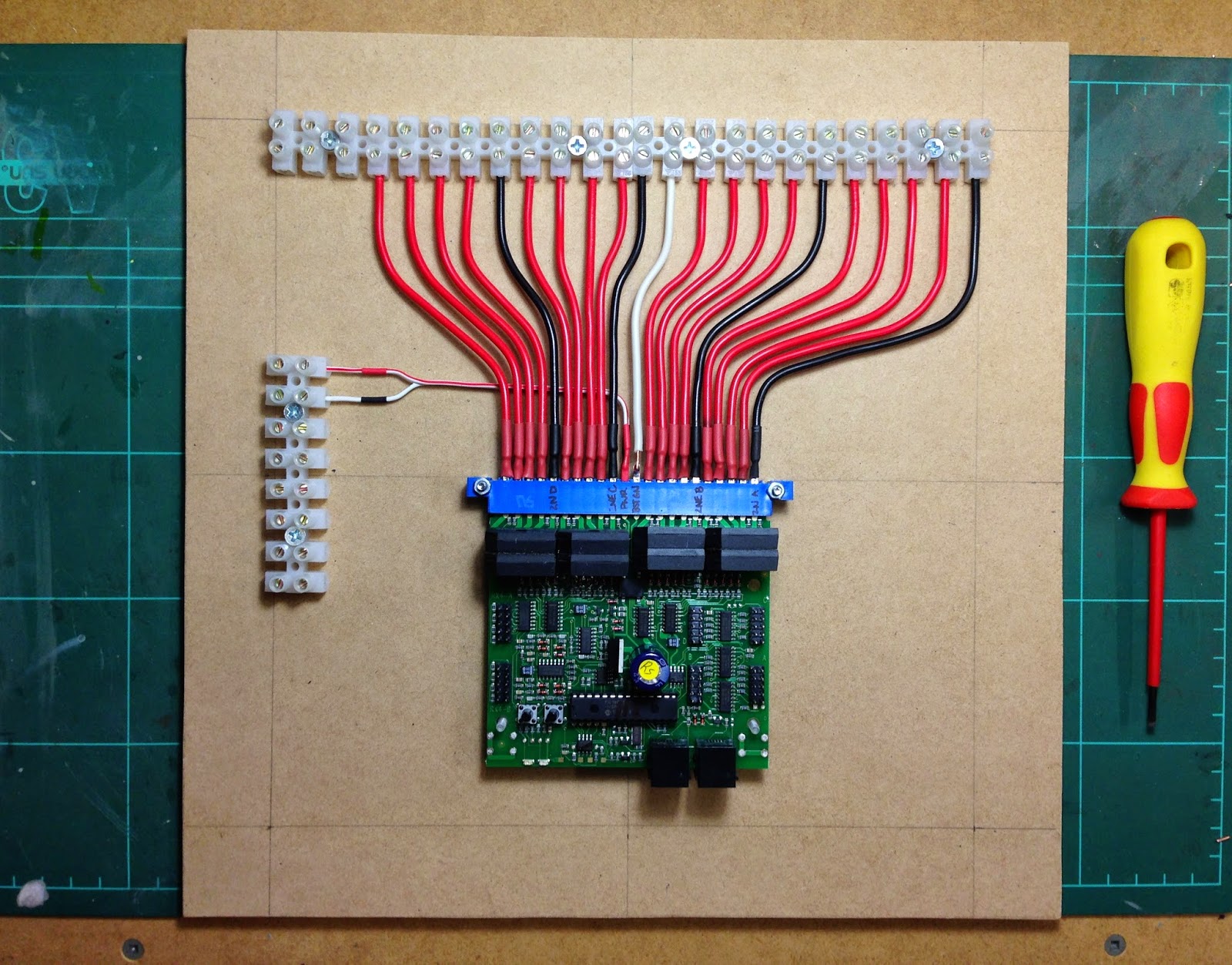