With the forward progress of the detection & signalling installation it was time to relocate the layout PC and the NCE DCC Command System.

I had my good friend Brendan over during the week to set up the LocoNet & LocoBuffer to the layout PC.  This meant that I had to relocate the PC to its new nook and rewire the layout to it and begin the installation of the LocoNet.

The new are housing all of this is directly behind the dispatchers nook, there is a small open ended box that houses the layout PC allowing for easy connection to it, cross ventilation and easy access. 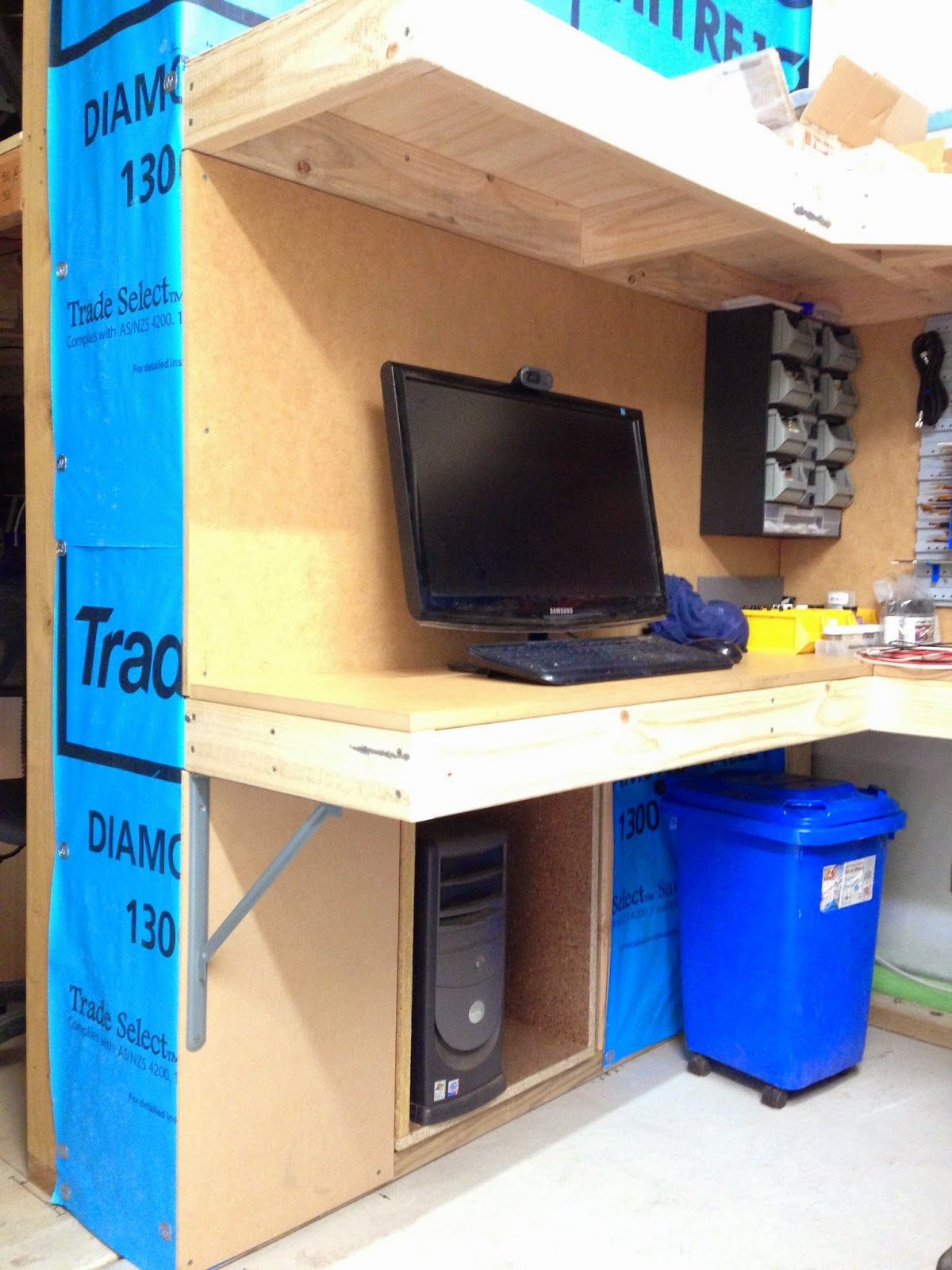 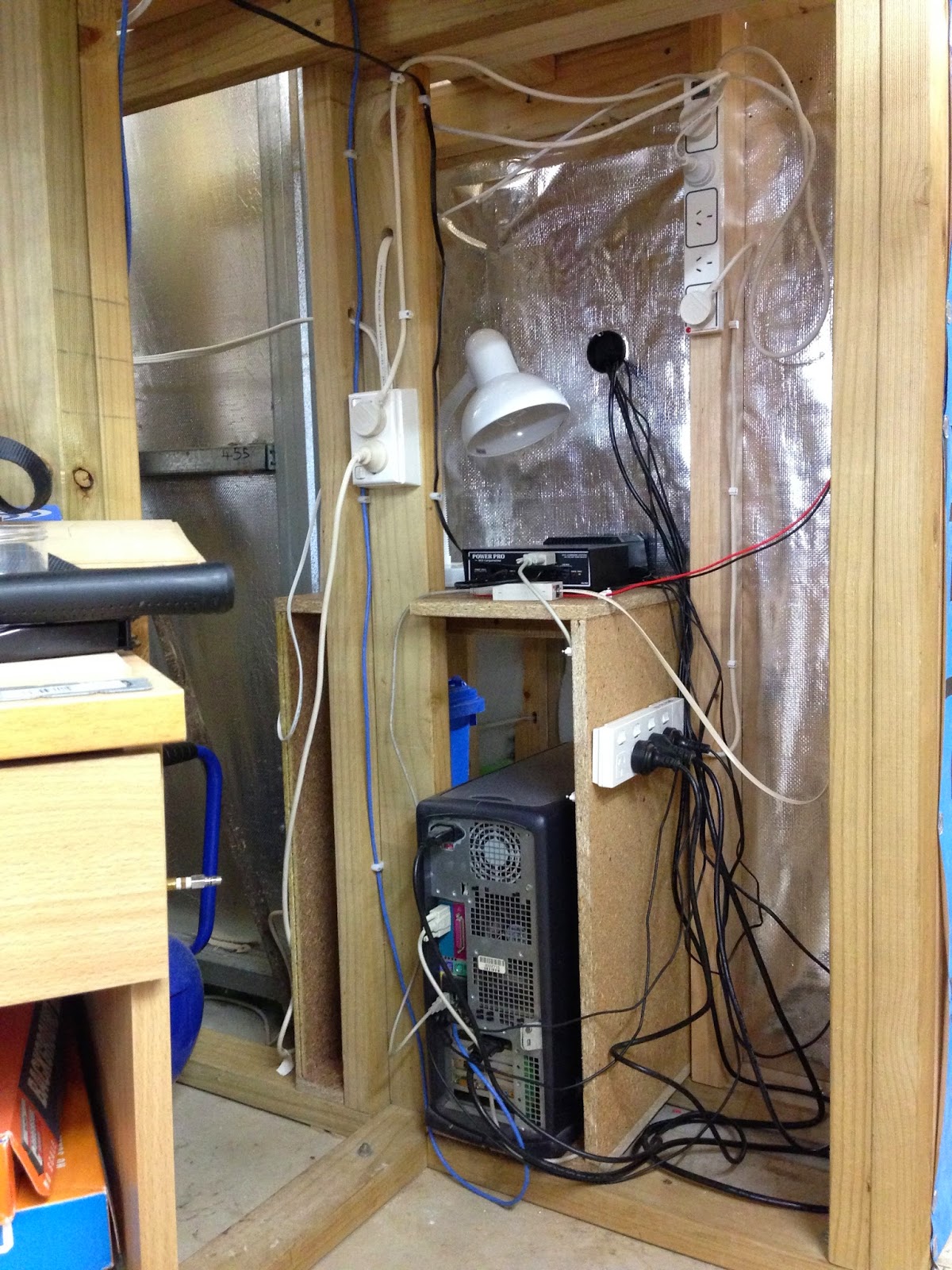 I've also cleaned up all the wiring in the area and began the process of clipping everything up to keep it neat and tidy.  The power board above the PC is a surge protected board that supplies power to the lower board which has individual switches to turn off each piece of equipment.

The NCE DCC System sits on top of the PC Box along with the LocoBuffer box. 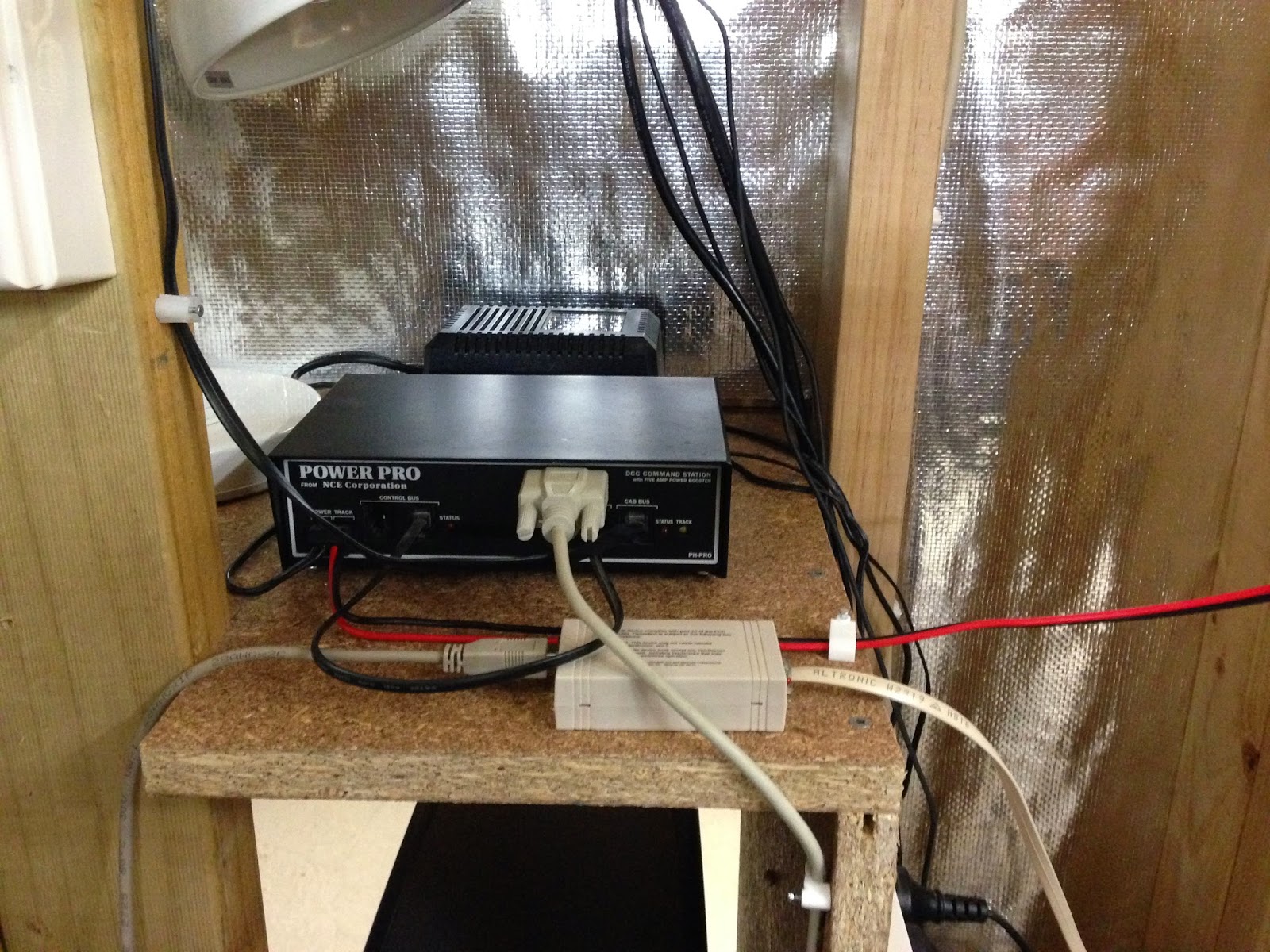 This little nook has room for a swivel chair on rollers so that I can work on the wiring with ease, once the layout fascia's are finished there will be drop curtains installed around the layout to hide all of the under bench areas & storage.