One of the things I need to accomplish is wiring that is tucked away and not hanging down underneath the layout benchwork, as the area is going to be used as storage I don't want anything catching and breaking delicate detection and signaling wires.

The below photo shows the "York" - Fascia Panel with the push buttons installed, with the exception of two push buttons (located on the panel to the right) all the wiring in the shot is associated with the Digitrax SE8C on the right. 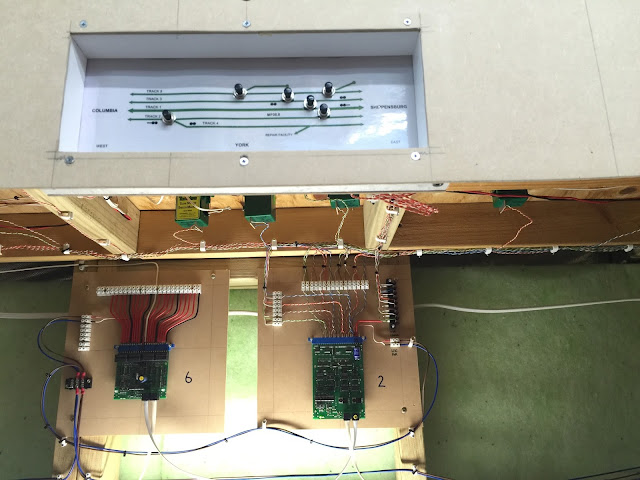 The area directly above the SE8C has no less five (5) crossovers, these can be seen by the small black cable ties denoting twin pairs of Tortie connected to a common turnout position in the SE8C. 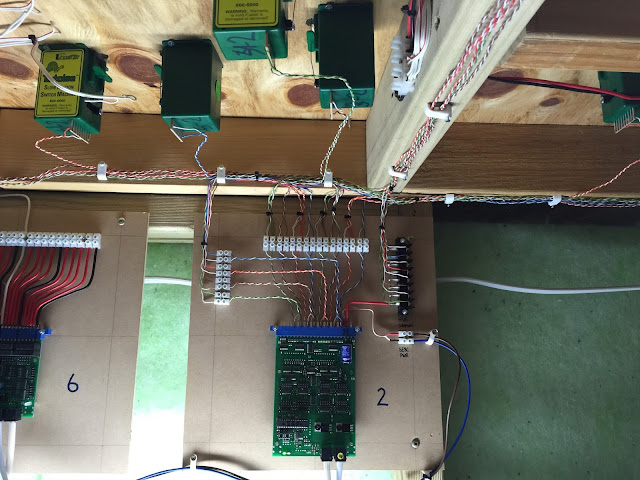 So the moral of the story is, if you don't like wiring don't install detection, signaling or Tortoise Motors...

Posted by JLandT Railroad at 19:38