So Tuesday night was our semi-regular ops session again for the first time in 2016.

Unfortunately as we were busy problem solving and entertaining I didn't get any ops photos or videos.  Next ops session there will be both...

We had our regular crew of Noel, Dennis & Brendan, and a first time visit from Greg who is also within the greater Melbourne N Scale group.  Noel also brought along his friends from South Australia - Warren and his son Charlie.

The night started out fairly slowly with our usual light hearted banter and catch-up conversation from what we had all done over the festive season.
Brendan and I identified a issue with the LocoNet and one of the BDL's presenting with some odd behaviour.

In the end the BDL issue was problem solved down to being none of them had been set to be the BDL master on the LocoNet.  Problem solved by Dr DCC himself Brendan after the session had finished.  Greatly appreciated all your help too Brendan!

The rest of the night sore the guys running trains over the entire layout without to many hiccups or issues.  Greg seemed to spend a fair amount of time on the completed Reading branch switching locals around.  Noel chaperoned Warren & Charlie around whilst Charlie ran a few locals with him.

Brendan seemed to have the most fun, and was clearly the "BOL" (Best On Layout) for moving freight.  He also gave the yard a good workout, and we also identified some additions to it that will make it operate better and add value to the layout ops as well.

A very enjoyable night was had by all! 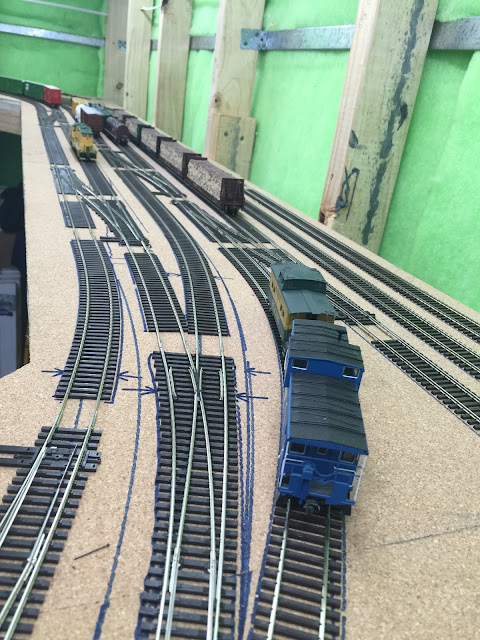 At the end of the night, and everyone had left I grabbed the iPhone and WiThrottle and switched Rutherford Yard for about 45 mins, it's only ever going to be a small classification yard for a couple of locals and maybe a full consist train but it's going to be a lot of fun too.

This is how it ended up looking... 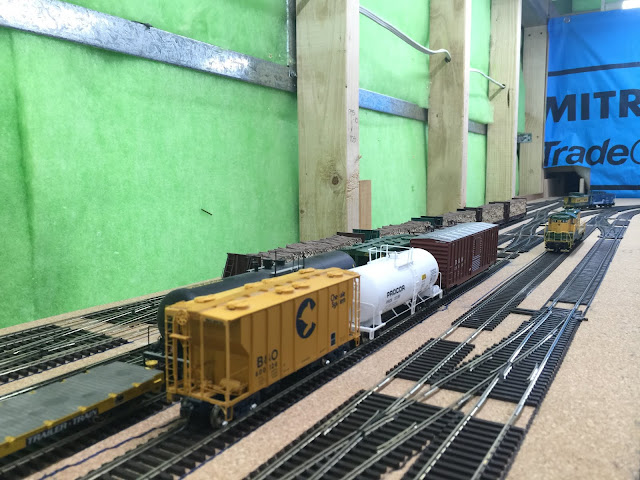 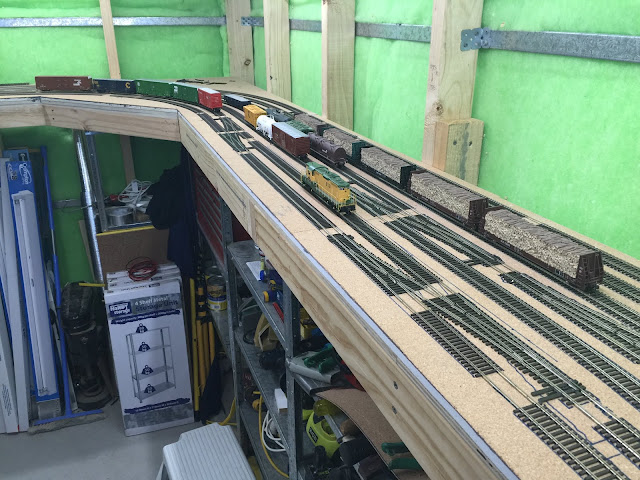