So last night we had our first Friday night Ops Session. We had six of the group show up for a few hours of giving the layout a good solid workout. 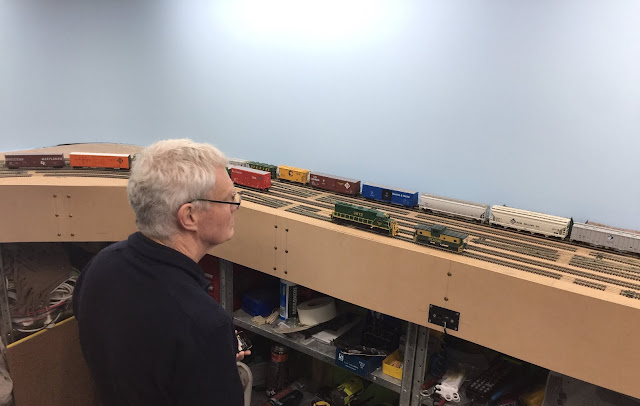 John & Ron used the switch lists  and the others were free to build and switch their own trains. The night was more about testing the layout and seeing how it would handle the numbers of operators. 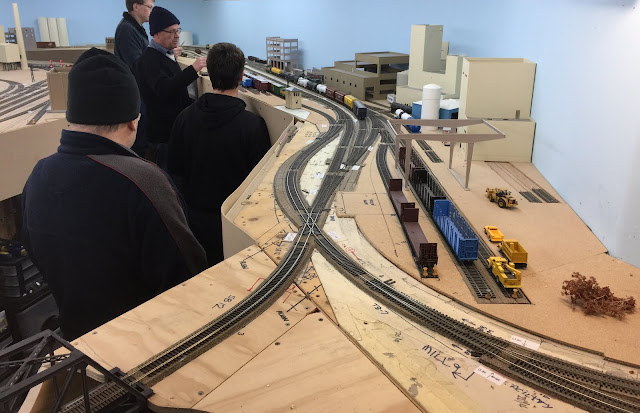 A few little issues with fascia panels not matching track work which had a few scratching their heads. The layout didn't have any issues with dropping out due to shorts which had been an issue the last few time we operated.
The layout with six operators is about its max, and it needs some work with labelling main vs passing siding and industrial/yard tracks. 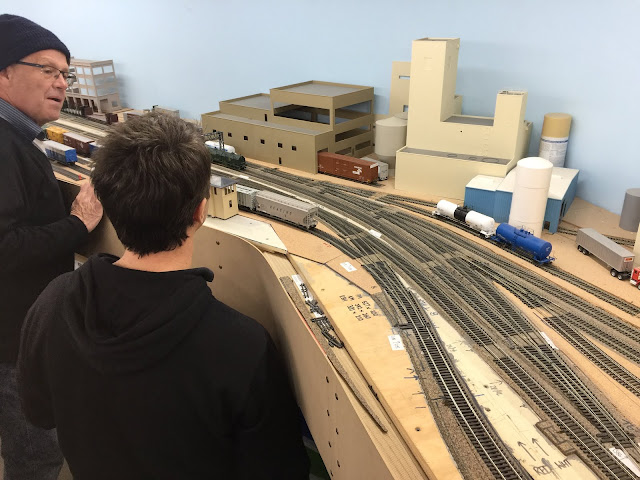 The signalling & dispatching didn't end up being used last night as I couldn't get the panel altered & working in time.

Still a great night, and certainly filled in threes hours. Lots of work to do before the next one, in fact it will likely be stretched out for two months as there is a lot to get right & squared away before the next session.