Another productive day today, installed two more structures into the backdrop transition scene.  The bigger structure/building is one kit that was spread out to cover the remaining areas within the scene. 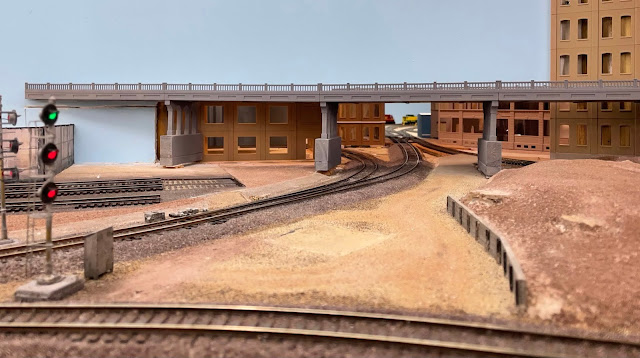 It adds some variety & bulk to the smaller buildings.  It also managed to cover the backdrop drywall cut on the Locomotive Shops side, and spans the track work too. 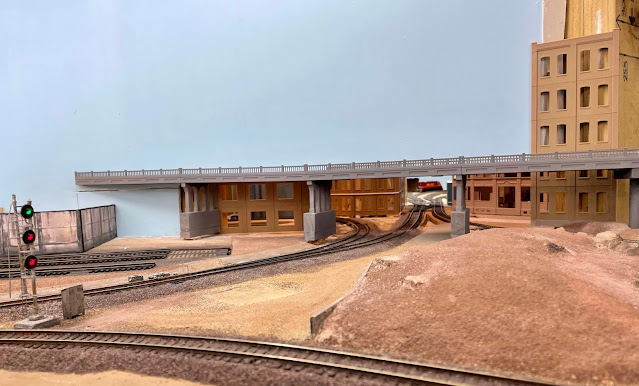 The second building was used to hide the corner of the layout frame work, and again blend the foreground backdrop into the scene behind.  Tricking the eye from multiple angles, whilst trying to maintain depth, and make it look plausible, requires a lot of lateral thinking, and trying different configurations. 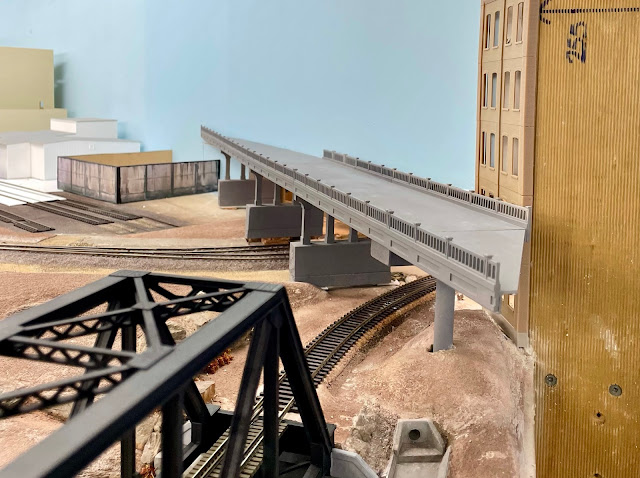 Eventually the upper fascia will cover the very top portion of the 5 storey building, the mark on the right is 255mm - 10” and is the shadow box gap that will be created when the upper fascia is built.

Posted by JLandT Railroad at 20:18