Building up the Hardware...

Over the past month I have been beginning to collect all the necessary hardware to begin the signalling installation for the layout.  To date I have two (2) Digitrax SE8C's for Tortoise Switching & Signal Heads, one (1) Digitrax BDL168, five (5) double head - searchlight masts, five (5) single head - searchlight masts, five (5) of each single & double head dwarf signals all from Tomar Industries.
I have the power supply for the SE8C's which is a 15V - 2A transformer which will run us a layout buss for all of the SE8C's, I have also ordered the RR CirKits LocoBuffer USB to interface the standalone Loconet with JMRI through the layout PC. 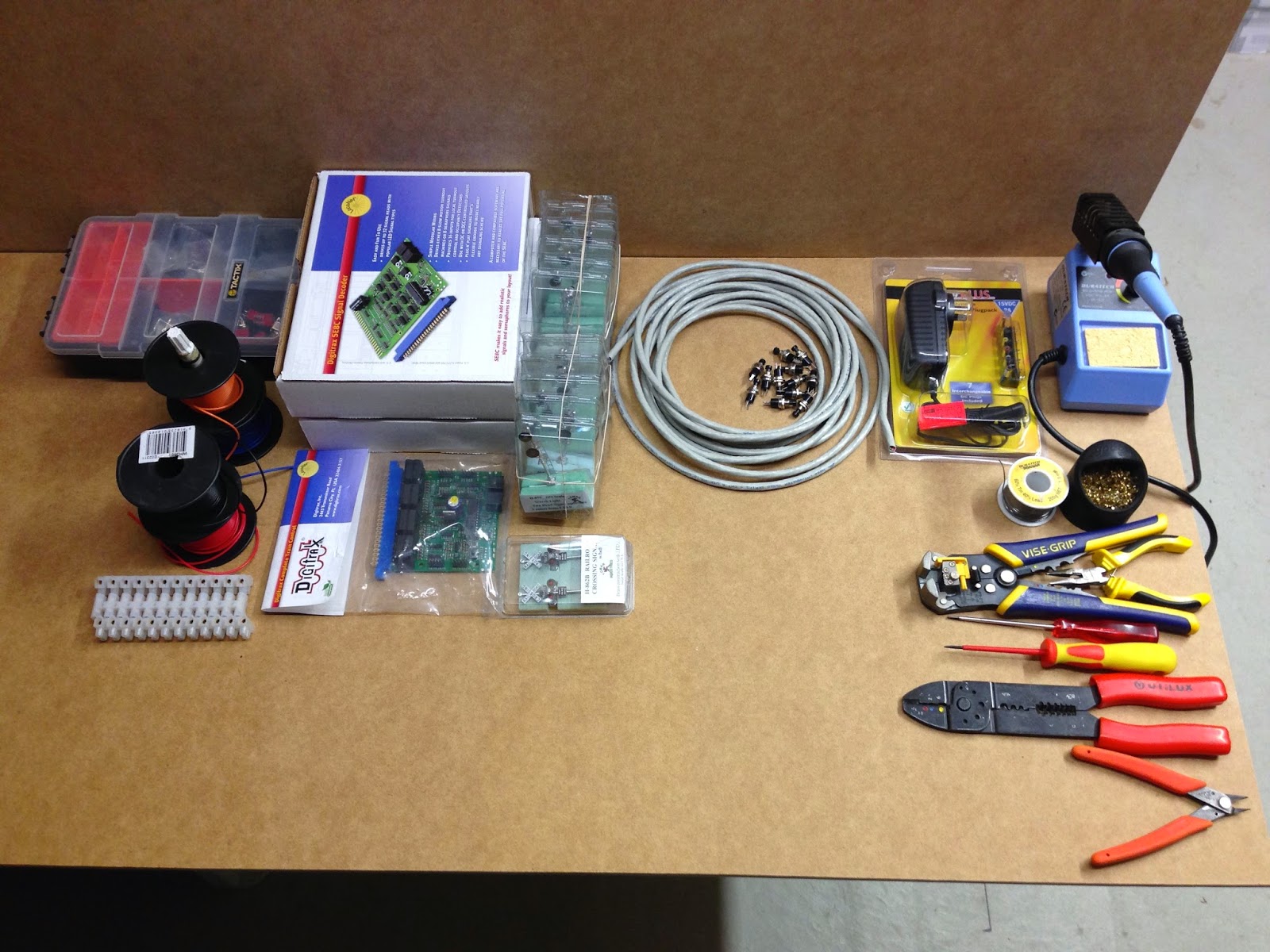 I have also ordered another twelve (12) Tortoise motors, bringing the total to 30.  It should be noted that the totals mentioned in this post only refer to being able to detect, switch & signal the main.  In order to do all three on the entire layout and include all passing sidings and spurs it will require seven (7) SE8C's five (5) BDL168's 50 Tortoise Machines, 50 Signal Masts/Dwarf Heads, the layout will be broken into 73 blocks.
Below is the new signalling plan for the 73 Blocks, this number has increased after discussions with my good friend & signalman Brendan after we discussed the advantages of have each turnout as its own block.

When you look at the totals and start thinking about price it becomes a major investment, it's almost the biggest if not the second biggest for a layout.  Our layout is also by no means a large layout, and there are still extra costs to be factored too.  I have twin monitor screens to purchase (for the CTC/JMRI panel), there is added electrical work to be done for the JMRI PC, the hundreds of feet/metres of CAT6 cable, momentary SPST switches for the panel mounted fascia's, and the list goes on......
Hopefully towards the end I'll be able to break it all down and give a true cost analysis of the project, and by posting threads of each section give those contemplating it a better understanding of the process involved trying to get there.  More soon...
Jas.
Posted by JLandT Railroad at 08:38