Last night and today I finalised the layout of the backing boards for the Digitrax SE8C Signalling Boards.  These boards will operate the signal heads on the layout and also operate the Slow Motion Turnout Machines (SMTM) via Push Button Momentary Switches on the fascia panels and via JMRI and the CTC dispatch panel that is to be completed.

The backing board requires three (3) distinct types of connections to be placed to allow wiring to connect to the 44pin connector that attaches to the SEC8.

These are as follows:

The boards need to be set out in a logical manner to make the initial wiring easier as well as assisting with fault finding if needed later on.  So a clear layout, that is well labelled is essential.

So below is Mark1 for the SE8C Backing Board... 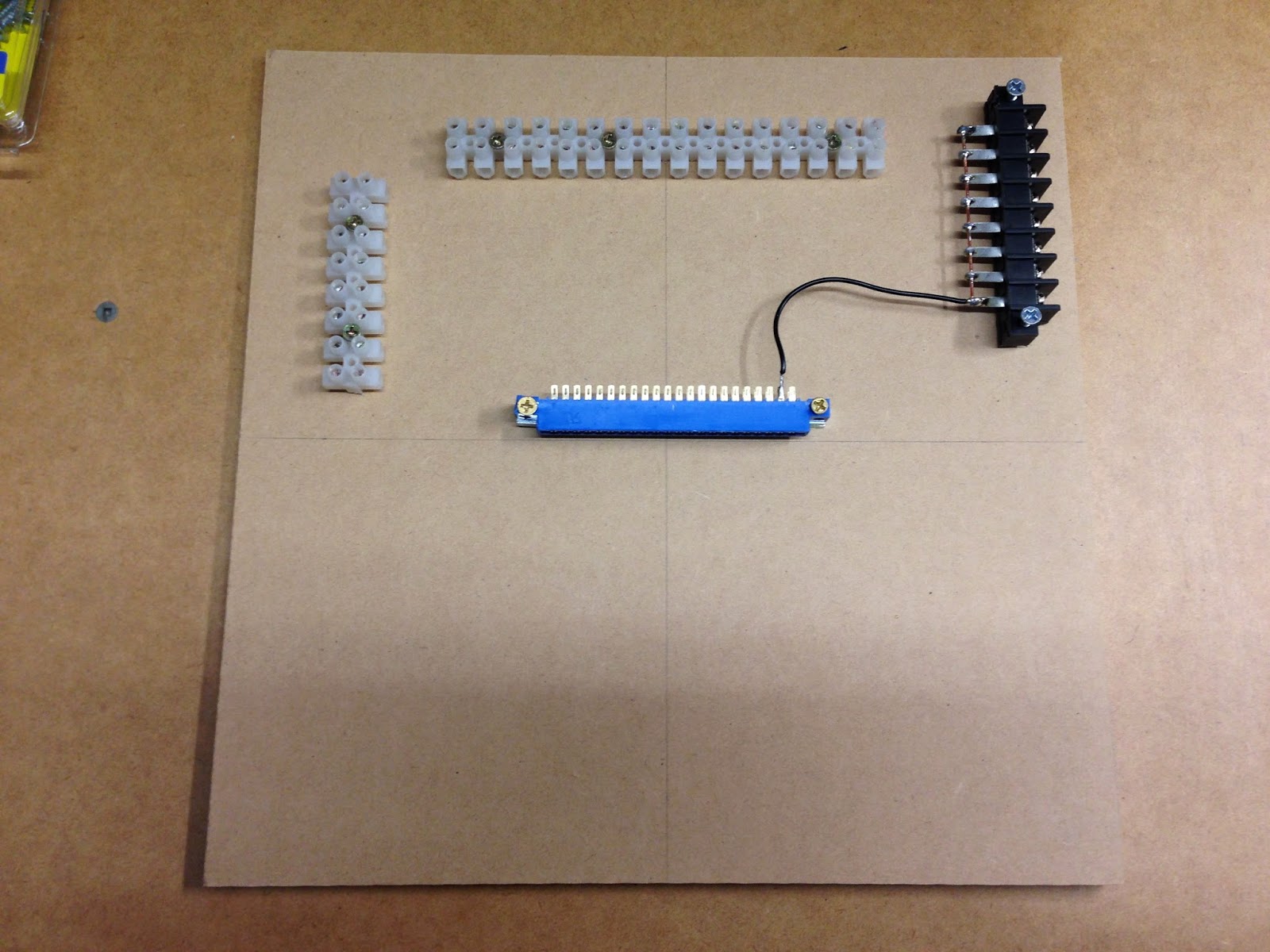 The 44 pin connector (to the SE8C) is placed directly in the middle of the backing board,  its is spaced off the surface of the board with two (2) washers to allow the board to be removed and replaced easily from the connector.  The black eight (8) terminal block is for the common wire for the push button/momentary switches and saves having to "loop" a standard terminal eight times.

The wire that I will be using for the connections between the SE8C and the terminals will be CAT6 Data cable.  I prefer this as it is solid core instead of stranded, I will also be using this to wire between the screw terminals and the SMTM's and push button switches. 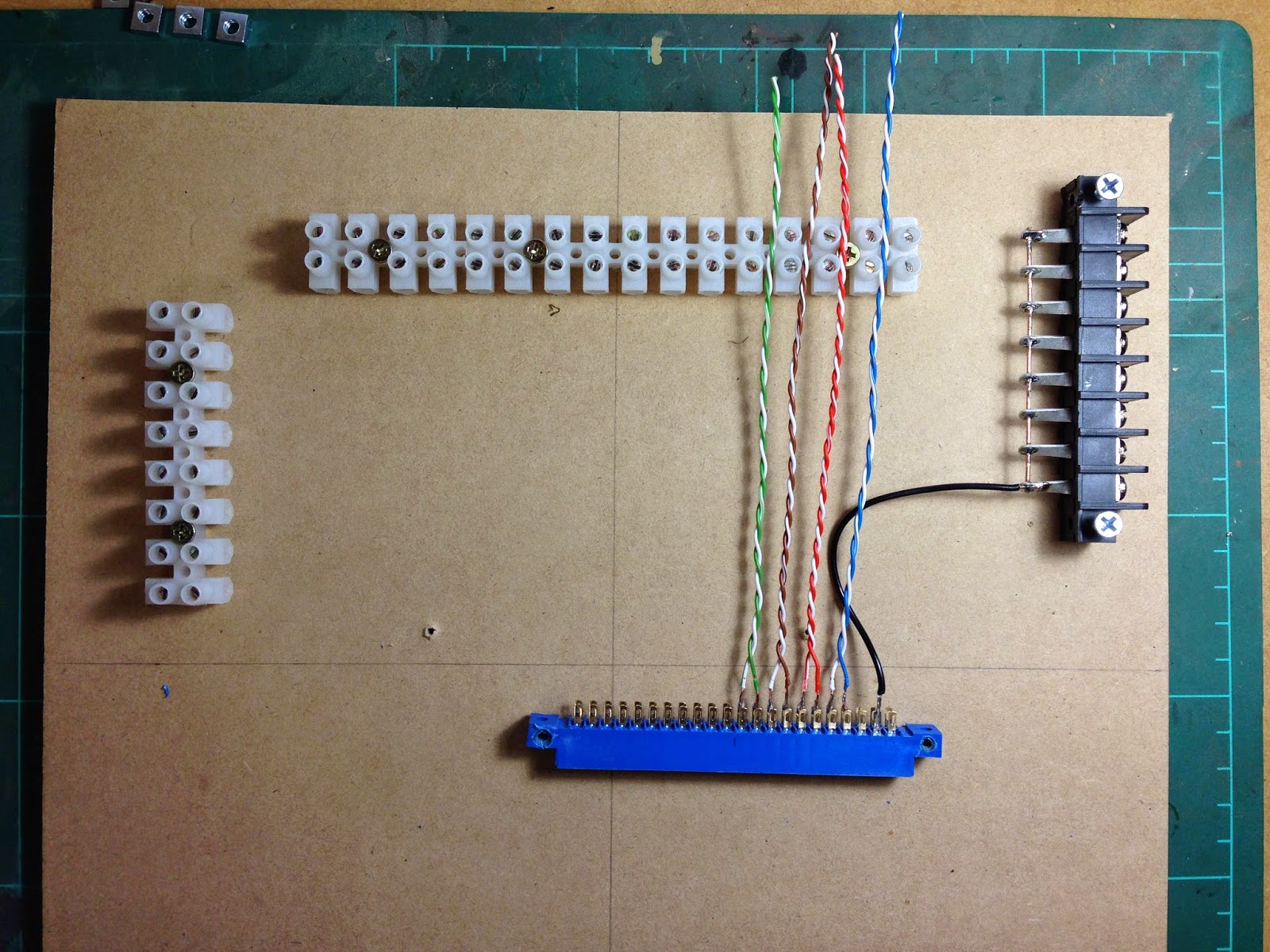 So far I have wired in four (4) pairs of the SMTM paired power wires, and have another twelve (12) to go.  Then it will be onto the eight (8) power leads for push button switches, this will finish off the connections to the 44 pin connector.

So after another two (2) hours last night I have finished the first of the SE8C boards, not really that much of an issue doing all the wiring and soldering.  I will say this however you need to take a lot of care just before you solder, I guess its like the "measure twice" rule always check the orientation of the wires and the placement before soldering to the connectors. 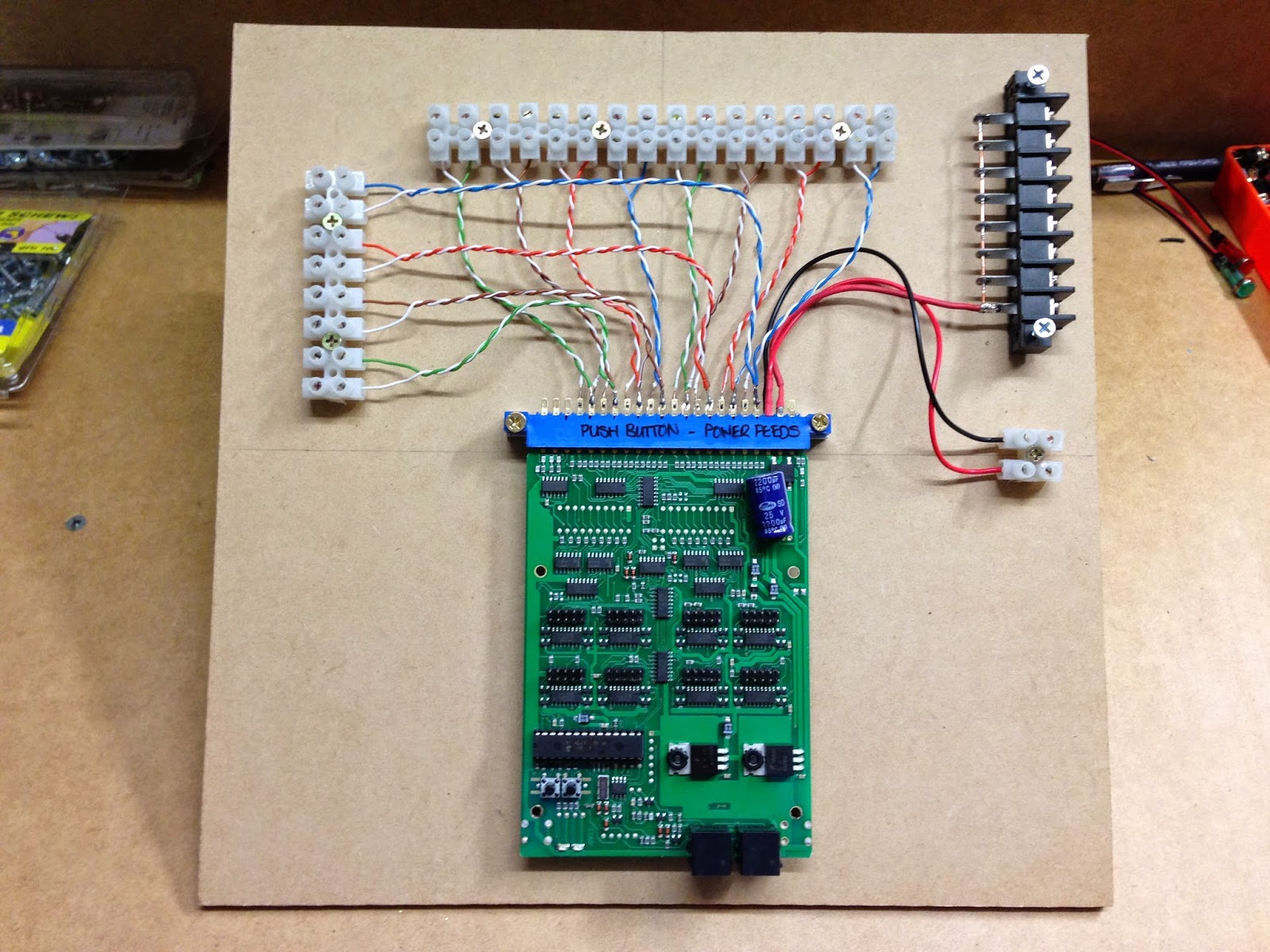 Having the extra space and laying out the screw terminals in a logical way will help later of for any fault finding or adding extra features (to be controlled by JMRI) will be easier. 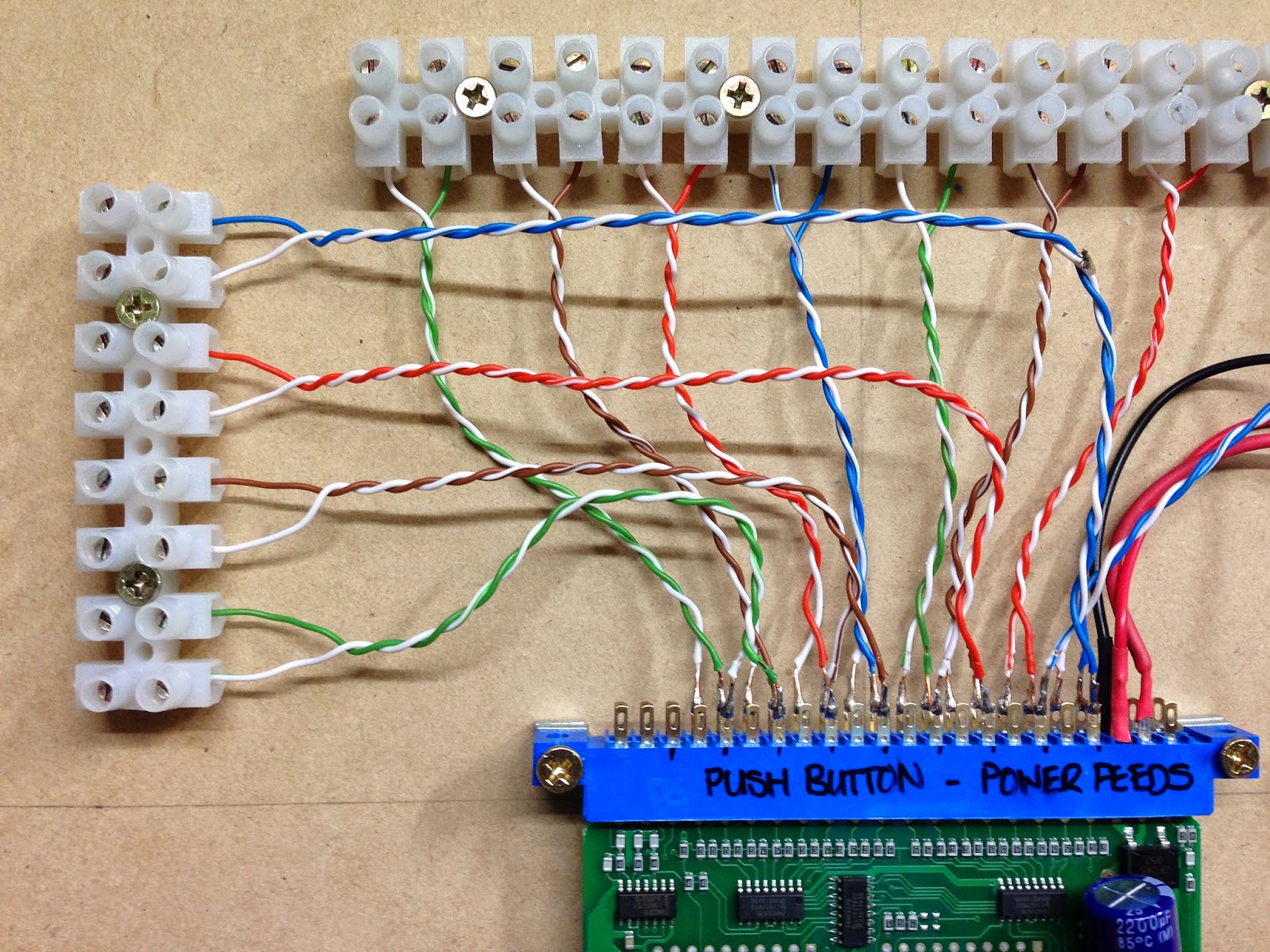 Using the CAT6 Data cable IMO is the best way to go, the solid nature of the wire makes it easy to work with, bend and form paths around the boards and is really cheap. 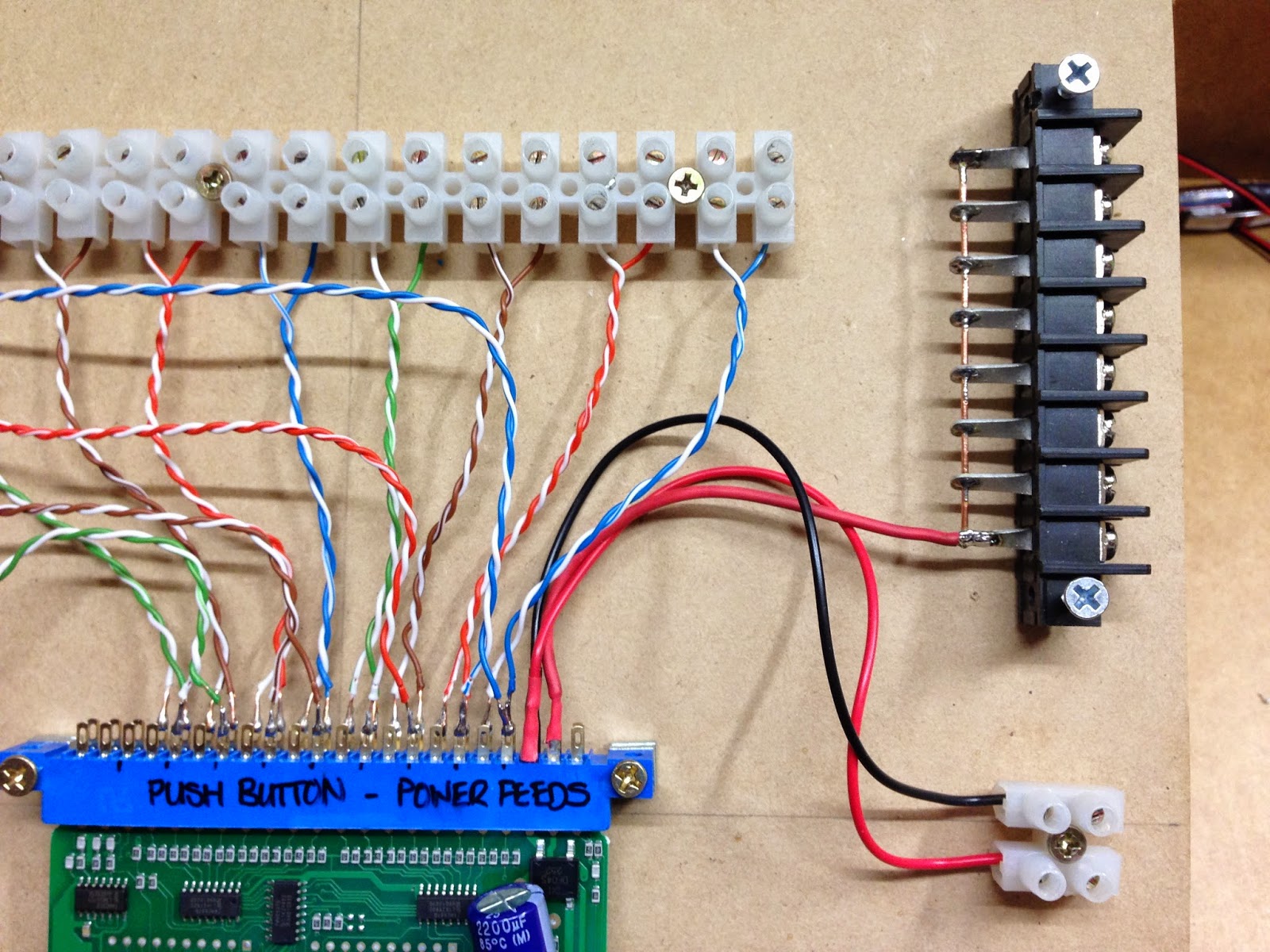 Posted by JLandT Railroad at 19:29