Yesterday I finished off installing the first Digitrax SE8C onto the layout.  It has been located on what will be known as South Bend Curve (a purely fictional place) that is located in the L&T Branch area and interchanges with the new staging yard.

I installed it here because there are a series of turnouts that are behind structures, and also hard to get to.  They are also Walther's Shinohara turnouts that require either a manual throw (caboose ground throw) or electronic like a Tortoise Motor.

So far I have installed the backing board with SE8C and screw terminals and connected three (3) Slow Motion Turnout Machines (SMTM). 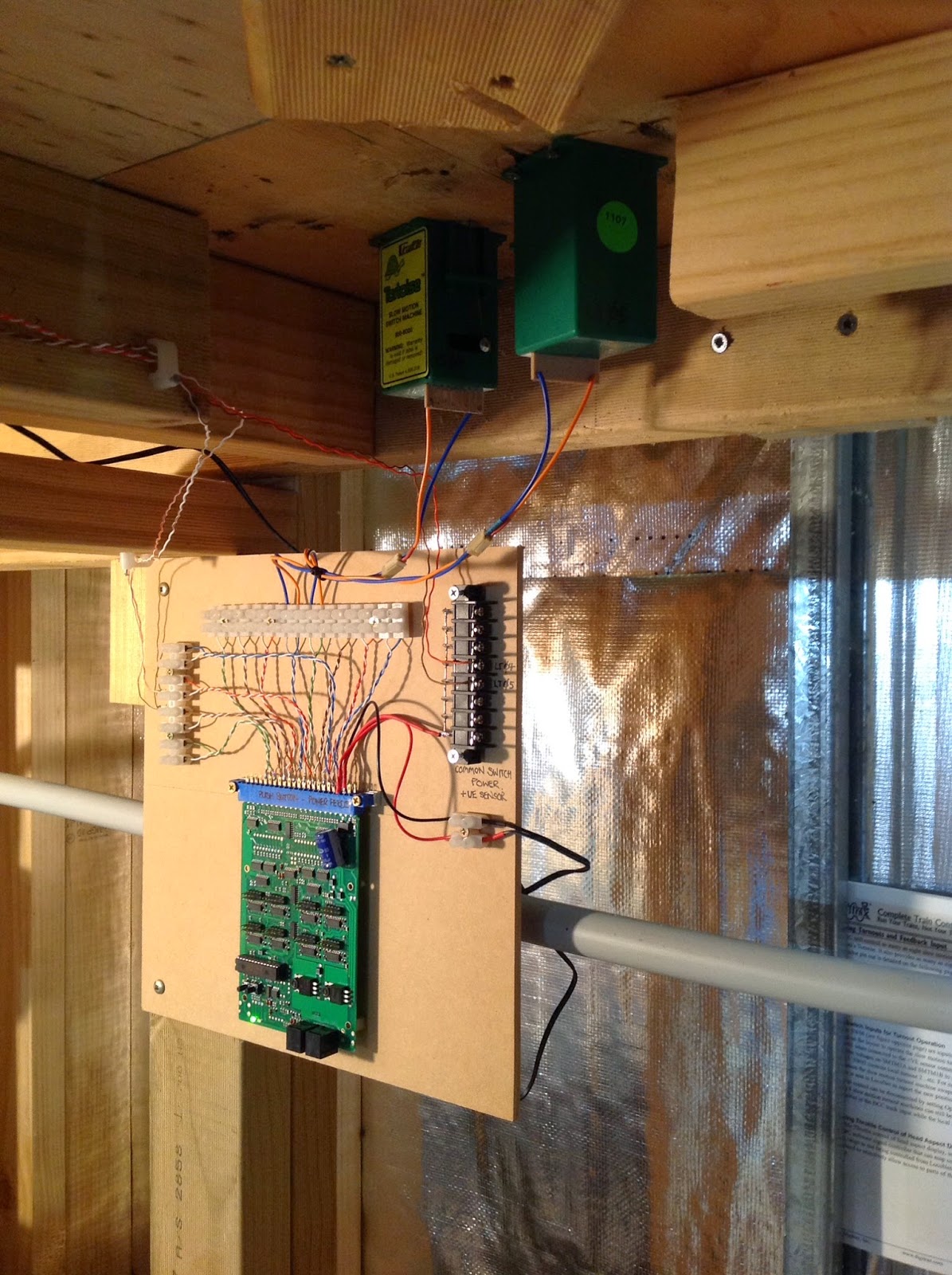 The board is placed roughly in the middle of the cluster of turnouts, the SE8C has the ability to control eight (8) Tortoise type switch machines. 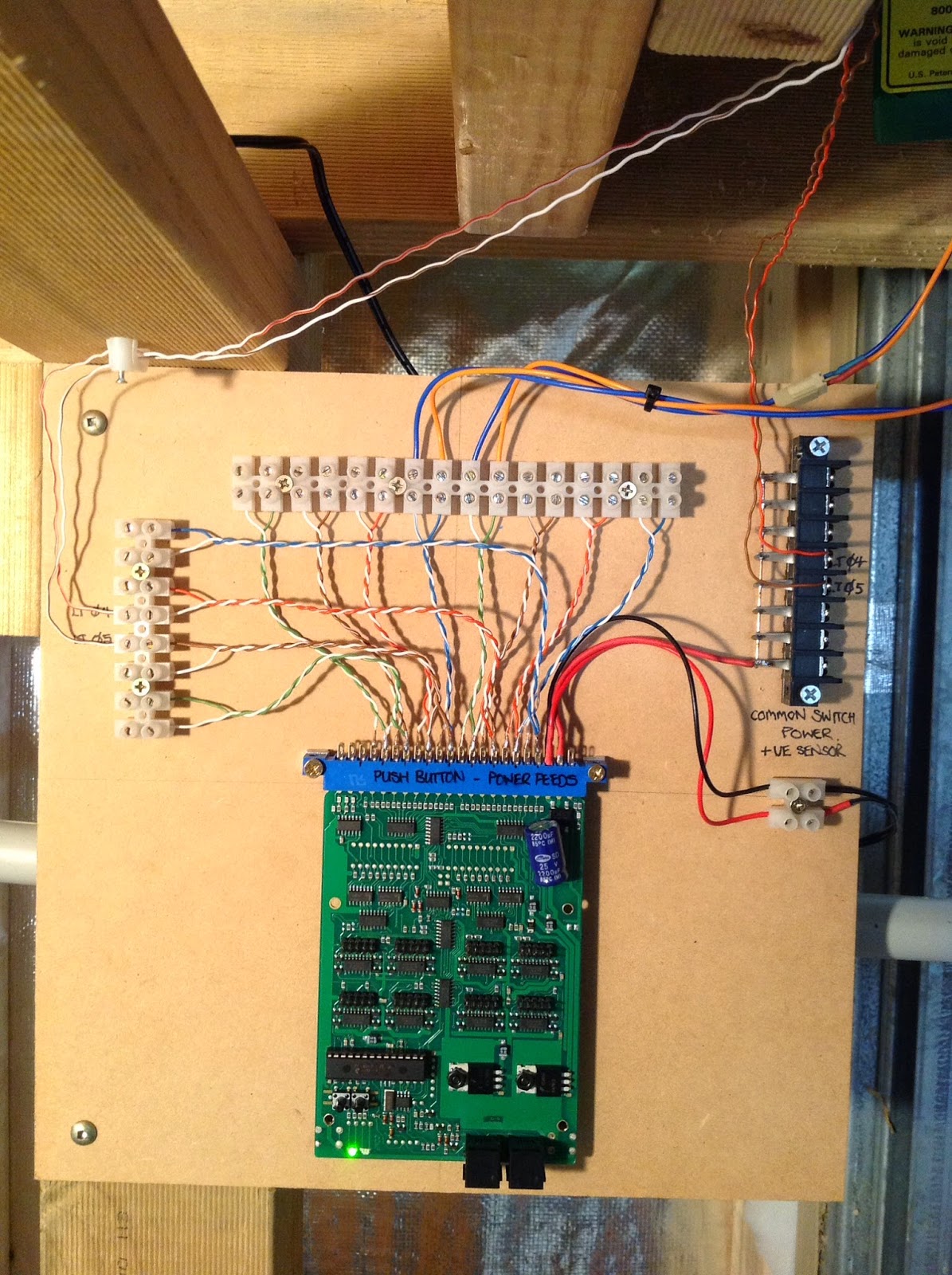 The most important thing that I can suggest to anyone considering or about to embark on the installation of signals, is to clearly mark EVERYTHING!!  I have the Digitrax SE8C wiring diagram for the 44 Pin Connector right next to backing board, which is also clearly marked with what wires go to the SMTM & Push Button Switches.

Once the SMTM & Push Buttons are connected I mark the backing board with a common naming convention related to the turnout.  This is as suggested by Digitrax and is also used in JMRI to name the individual turnouts too, I use LT#--, this being Local Turnout & the turnout number, followed by B#-- this representing the Board Number in the system. 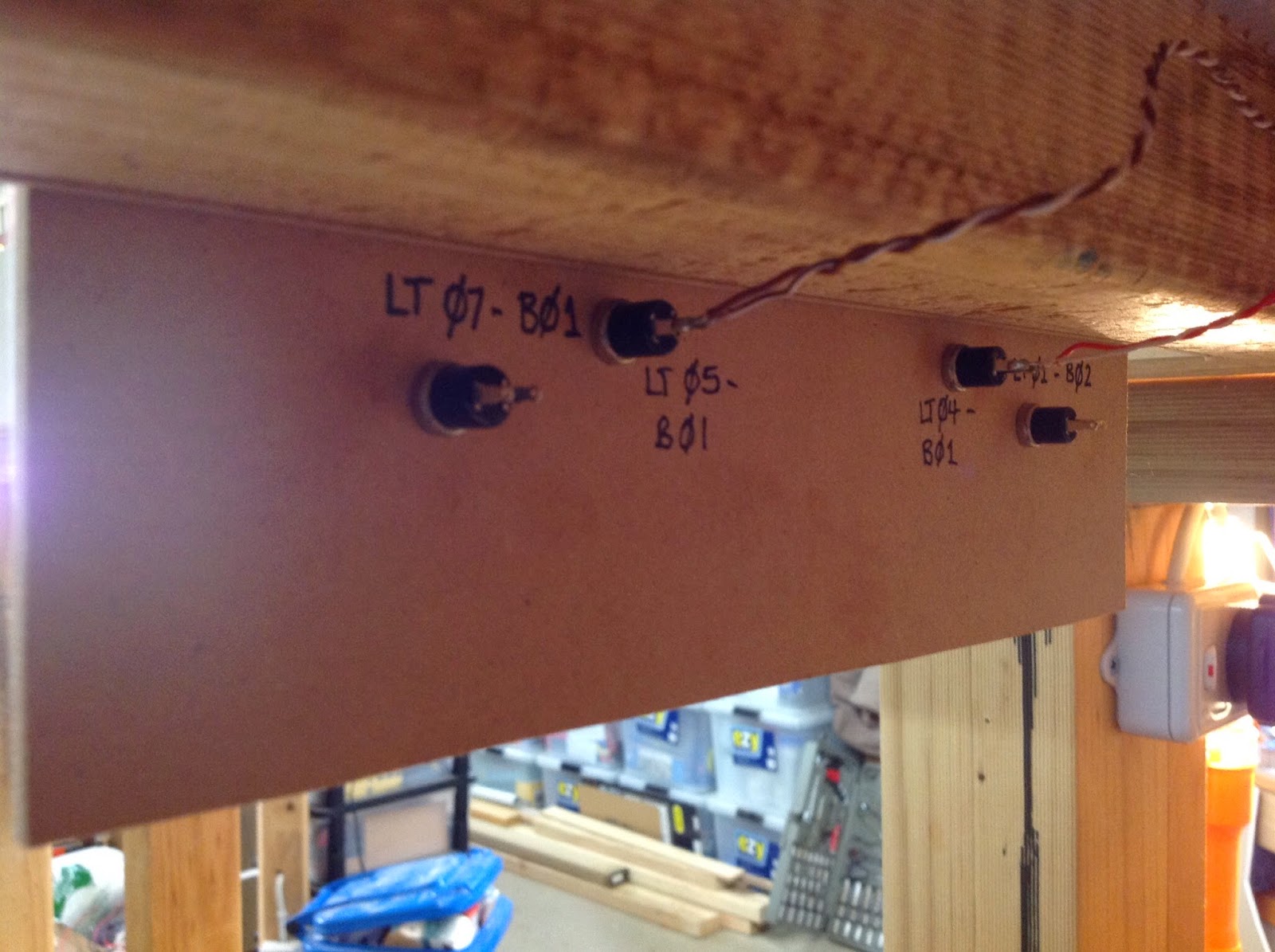 When labelling the push button switches I also use the same LT number so that it is easy to identify which switch operates each turnout.  I also place the turnout number on the SMTM too.

I have also converted the fascia panels with the momentary (normally open) push button switches.  These are extremely easy to install both ion terms of wiring and into the fascia compared to the toggle DPDT switches. 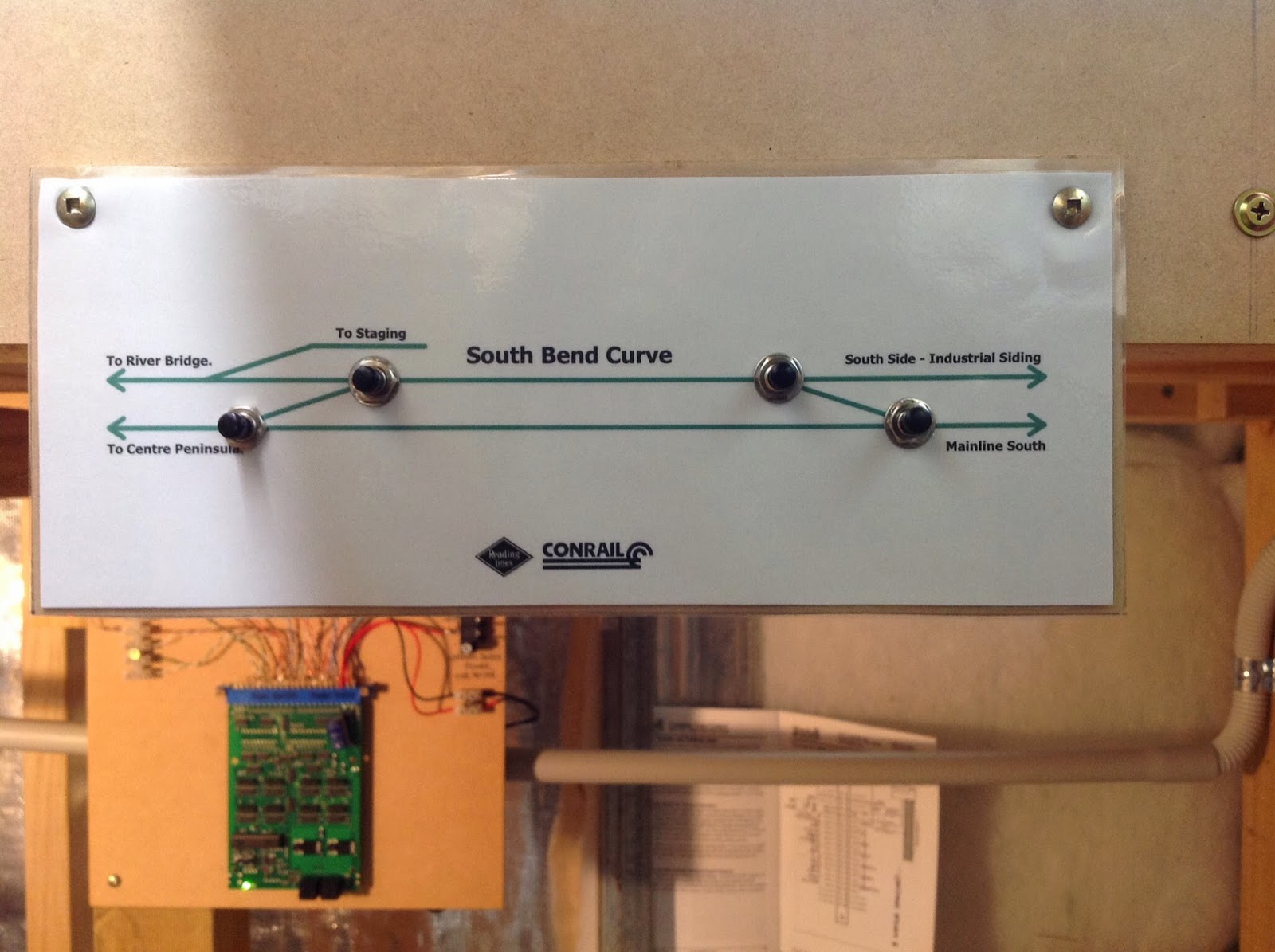 So far the installation has gone extremely well, with no major issues either.  I have had to replace the +VE Common wire for the push button switch power as the connection was dodgy.  But apart from that all good, there is a huge amount of work in installing signals, but it is also very satisfying to see everything coming together and operating.

Next step is to install the remaining SMTM for this SE8C and then work on installing the LocoNet.

Posted by JLandT Railroad at 20:12